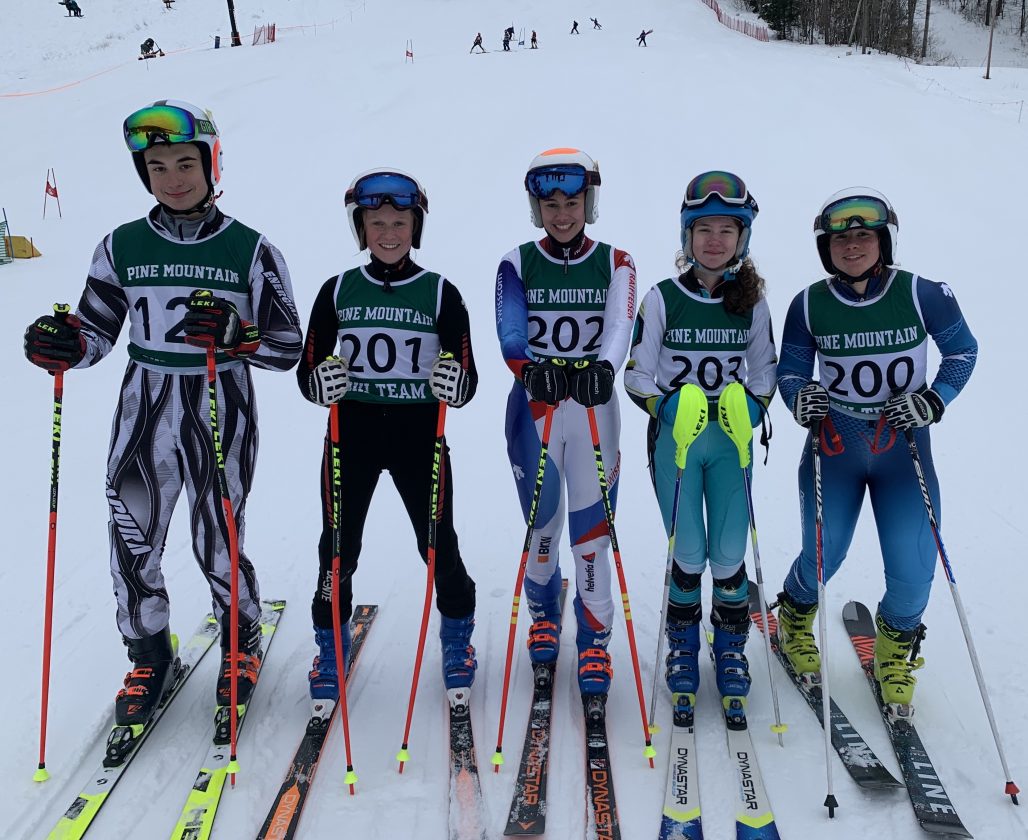 Seven schools attended the event including the four UP Teams and three from Lower Michigan, with a total of 87 racers.

Despite many factors against the Knights, they had a strong showing with a fourth overall in slalom and fifth in giant slalom.

“We were very pleased with our results today,” said first-year head coach John Bittinger, his co-ed team consisting of one boy and four girls racing in the boys division.”

Jake Munn is the lone returning skier, with the girls all in their first year.

Bittinger said Munns’ slalom ski broke in training the day before the race, forcing the junior to compete in a ski not made for slalom.

“That’s a huge disadvantage for one of our top racers,” Bittinger said.

Marquette High School boys won overall honors by finishing first in both slalom and giant slalom for a combined total of 37 points. They were followed by Petoskey (97) and Harbor Springs (100). Norway finished fifth overall with 151 points.

“We skied as a team today,” Bittinger said. “While we did not have any top 10 individual finishes, we had group of racers score needed points consistently for us.

“It takes four results in each event to earn team points and we only have five racers, so there is little margin for error in a sport where you ski on the edge of crashing on every turn.”

“Our goal today was to earn team points and sacrifice some of the individual speed in order to finish the races, and we executed that plan well,” Bittinger said. “The only mishap we had was Maria Fornetti’s ski released unexpectedly during her second run of GS after sitting in the top 20 after the first run. Peyton Johnson’s 30th place in the GS earned us the needed points to stay in our overall position.”

“It was a relief to get through this first high school race in good position. While we have five experienced racers in the club circuit racing for the Pine Mountain Ski Team, high school competitions and racing as a team is not what we are used to.” Bittinger said.

The Knights, who co-op with Iron Mountain and Kingsford, are on the road with conference races at Houghton on Tuesday and at Ironwood Thursday.