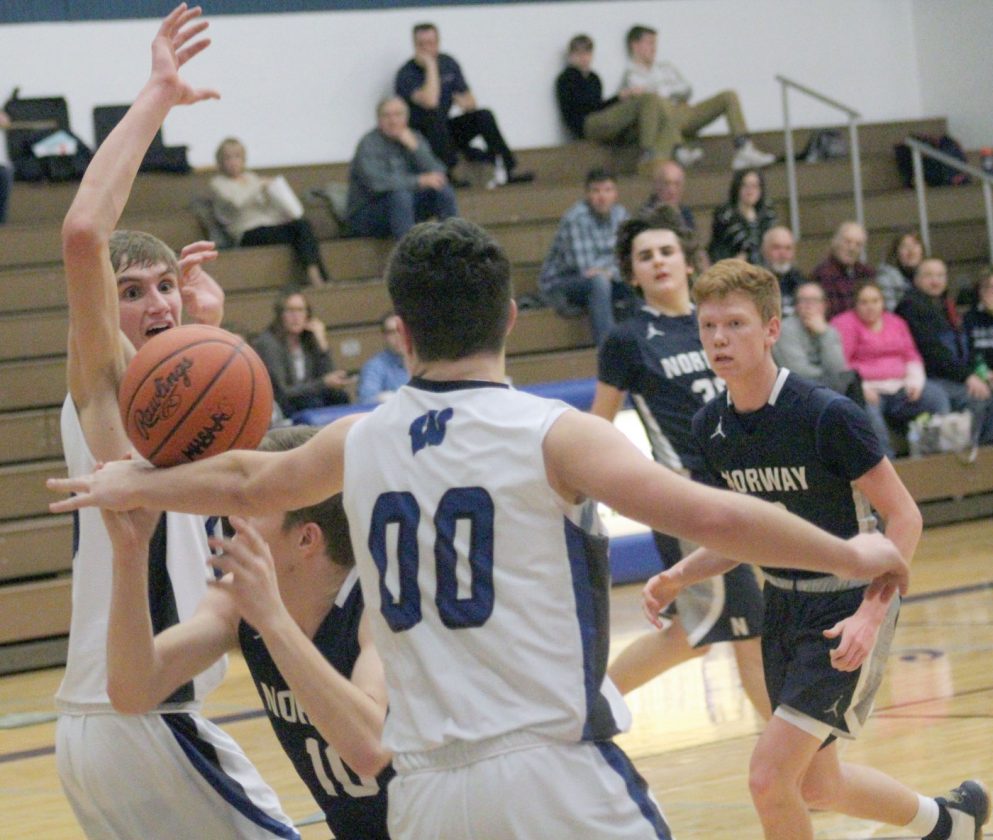 The junior led all scorers and also blocked six shots.

“We played pretty good defense, but gave them extra possessions due to our turnovers,” WIC coach Dan Schive said. “We need to take better care of the ball, but we’ll get it fixed.”

Norway (3-3) was led in scoring by junior Logan Parolini with 16 points. Kody Hendricks added 11 points, and Jeff Van Holla chipped in 10 points in the losing effort.

“We shot the ball poorly tonight,” Norway coach Jeff Gallino said. “I thought our defensive effort was decent, but we need to be able to hit open shots. We will get back to work and get ready for Bark River.”

The Skyline Central match against the Broncos is set for Friday night at Harris.

There was no JV game played as West Iron was forced to forfeit due to a lack of healthy players.