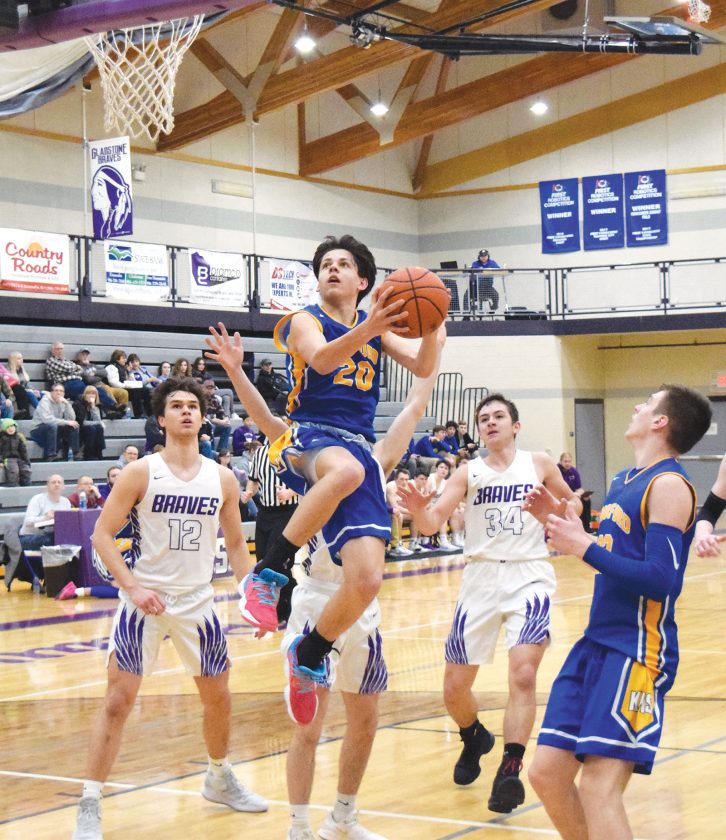 GLADSTONE — After leading just once the whole game, the Gladstone boys basketball team put together a monstrous 21-1 run in the first six minutes of the fourth quarter to rally for a 63-50 victory over the Kingsford Flivvers Thursday night at Gladstone.

Entering the fourth trailing 46-40 in the Great Northern Conference contest, the Braves (8-7, 2-4 GNC) made it on the board 20 seconds in with two free throws from Caden Alworden. After Alworden scored again almost two minutes later, Cam Ballard tripled to give the Braves a 47-46 lead.

“(Coming back after we’re down) is something we talked about,” Braves coach Dane Quigley said. “(In the fourth quarter), I told them that this is the comeback drill. It’s something we work on in practice all the time. I think it gives a lot confidence to our kids, and it was something we needed to do to prove we can grind these things out.”

The Braves made adjustments after halftime, forcing the Flivvers (4-9, 0-6 GNC) to beat them from the outside.

“We came out at halftime and implemented a 2-3 zone into our game plan — which is something we didn’t do in the first half,” Quigley said. “It was primarily something we did to get some more guys under the basket to get some rebounds. I felt like we were getting out-rebounded defensively.”

Flivvers coach Dan Olkkonen felt that the switch-up put them on their heels.

“They sat in that zone a lot, but there were openings,” he said. “How many passes went down that were bobbled or missed layups? We had good execution in theory, but it didn’t come together where everyone was on the same page. They’re big and long (under the basket), and we shot terrible from outside. We’ve probably had 20 3-pointers in the last three games, and tonight we (barely had three). That’s a thing that happens, and you’re going to see that in games.”

Ryan Polley extended the Braves’ lead with a layup after another missed Kingsford triple, and they piled on 10 more to go up 59-46 with 2:30 left.

The Flivvers got their first points of the quarter when Cole Bracket went 1 of 2 from the charity stripe with 2:15 remaining.

“We had our best practice of the year yesterday, and to watch them come out and go hard (was great),” Olkkonen said. “Our biggest thing was our defense. We were working on our defensive help and shell-drilling, and the kids were out there talking. I saw more communication and leadership out there than I have all year.

“We’re figuring it out. We’re just not quite there for four quarters yet.”

Ballard led the Braves with 25 points and 10 rebounds to finish with a double-double.

“Cam is kind of becoming our go-to scorer,” Quigley said. “I think he’s quietly and slowly becoming one of the better guards in the U.P. If not this year, then for sure next year.”

The Flivvers were led by Bracket with 17 points, while Brody Kopp chipped in 13. 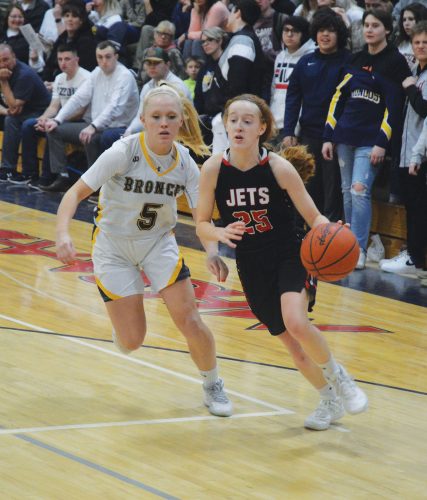 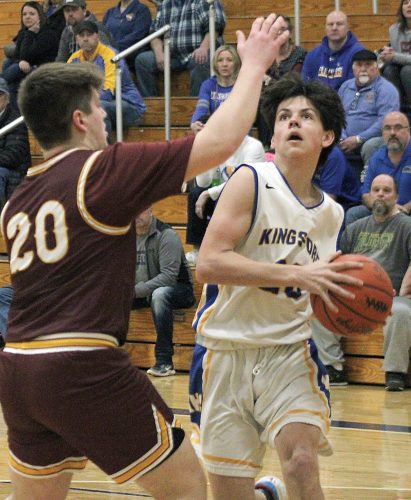 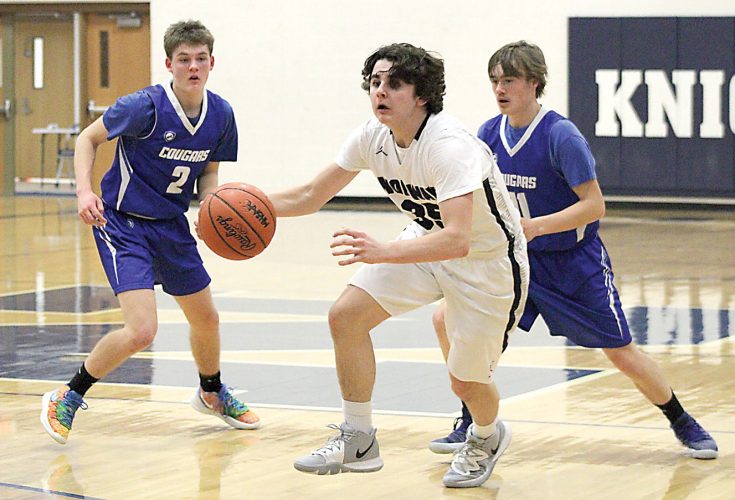