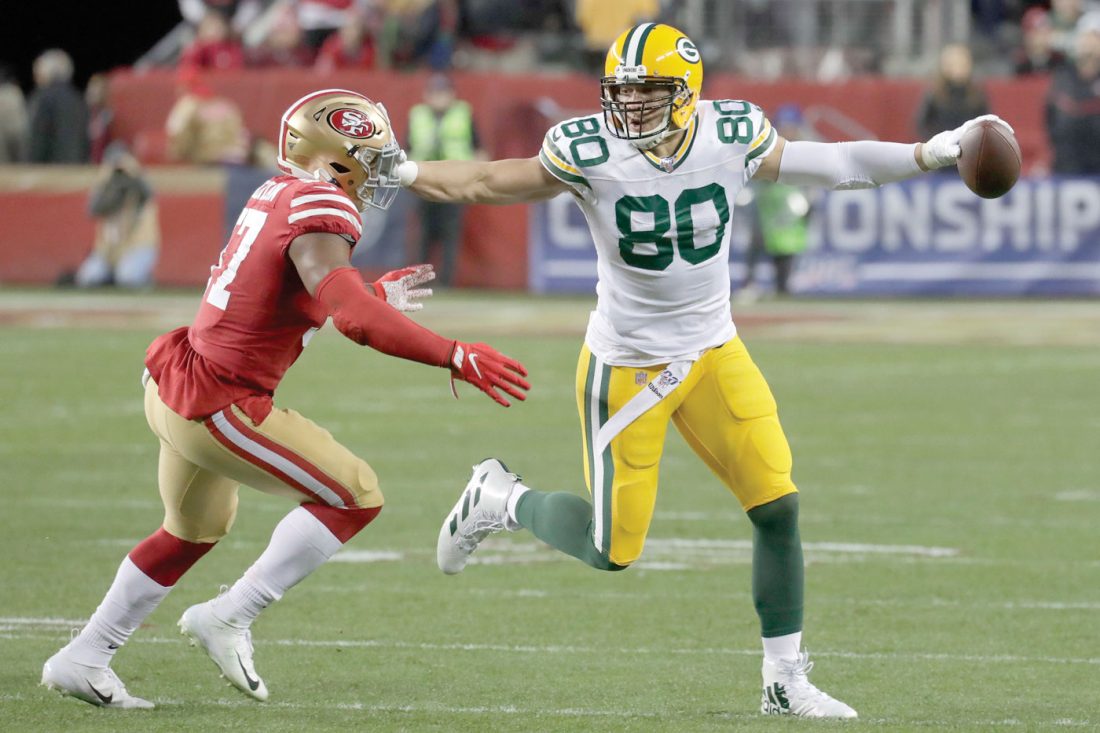 Packers general manager Brian Gutekunst announced the move Thursday. Graham had tweeted out a reference to his “next opportunity'” on Wednesday after ESPN reported his release was imminent.

“The last two years have certainly been interesting!” Graham tweeted. “A lot of memories, friendships and humbling moments that I will carry with me into the next opportunity. Thank you for the support during our exciting run this year toward that ever so elusive ring.”

The move creates about $8 million in cap space for the Packers.

Graham caught 38 passes for 447 yards and three touchdowns last season. He had 55 receptions for 636 yards and two scores in 2018.

In other moves, the Packers promoted Luke Getsy to quarterbacks/passing game coordinator and Jason Vrable to wide receivers coach and named Butch Barry a senior analyst.

Getsy had been quarterbacks coach and Vrable was an offensive assistant last year. Barry was the University of Miami’s offensive line coach last season.

On its team website Thursday, the Green Bay Packers announced plans to close its businesses to the public for two weeks, beginning Friday, March 13, out of an abundance of caution to help minimize the spread of the pandemic, COVID-19.

The closure will apply to all Lambeau Field Atrium businesses, including the Packers Pro Shop, Packers Hall of Fame and 1919 Kitchen & Tap, as well as all team-run public activities in Titletown, including the playground and 46 Below.

After monitoring the coronavirus developments over the last few days, the organization made the decision with public safety and community well-being in mind.

“Our priority is the health and safety of our staff and visitors,” said Packers/President and CEO Mark Murphy. “This is a decision we made with all due consideration, and we feel it is an important step to take in helping mitigate the spread of the virus.”

The organization will continue to monitor the situation and reassess conditions near the end of this two-week window.

Lambeau Field and Titletown will only have critical staff in place for non-public operations of the facilities, and the majority of other Packers personnel will be required to work remotely as duties permit. The Packers are also suspending all business-related air travel for their employees, including coaches and scouts.

Lambeau Field events, Hall of Fame and Stadium Tours staff will be contacting businesses and organizations that have events and tours scheduled in the next two weeks at the Atrium to discuss arrangements.

Other Titletown businesses – The Turn, Bellin Health and Hinterland – will remain open until further notice.