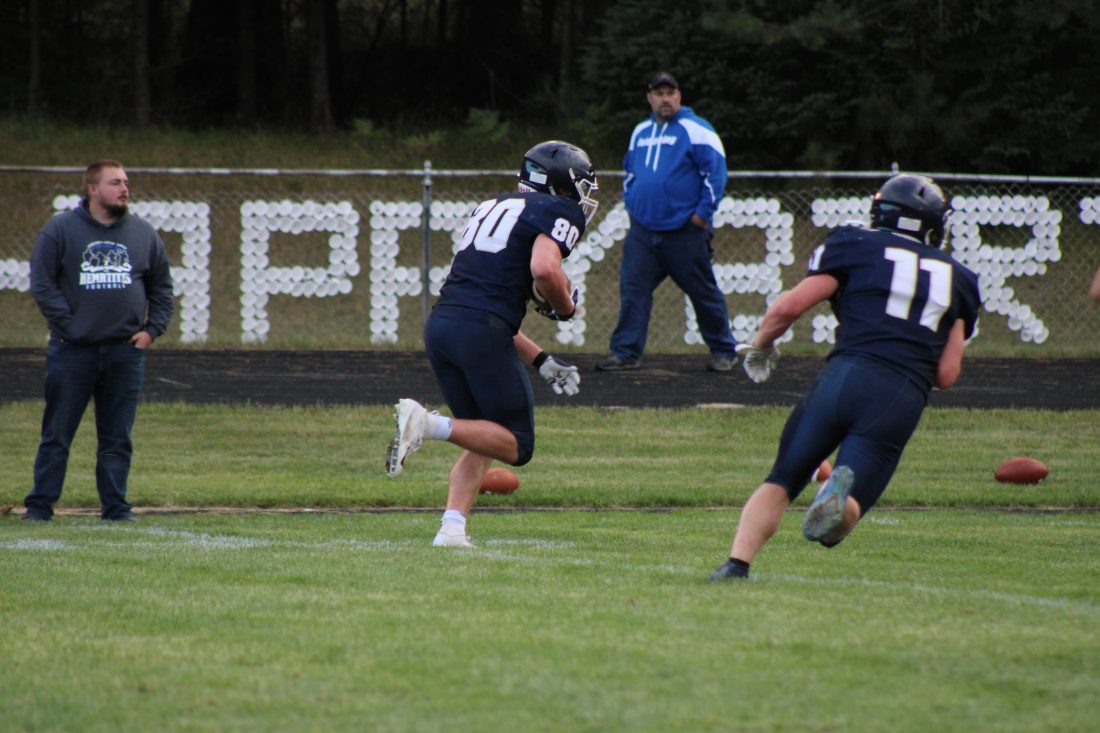 (Theresa Proudfit/Daily News Photo) Norway’s Kody Hendricks (80) looks to up field after making a catch, in a September game versus Ishpeming in Norway. Hendricks will play in the U.P All-Star game on Aug. 1.

MARQUETTE — The U.P. Football All-Star Game has been held annually in Marquette since 2008 and this year would mark the 13th year for the high school game.

Each year, seniors from around the U.P. come to Marquette to play in one last game before heading out into the world. Some go to college, some go into the military and some enter the workforce.

The players spend an entire week practicing and preparing for the Saturday game at the Superior Dome. They also perform charitable work in the community and get to spend time with other U.P. players who they previously may have known only through competition against each other during high school.

The players stay in the dorms at Northern Michigan University and eat in the NMU cafeteria. NMU recently announced the whole campus is shut down through the end of July.

That means the 2020 U.P. Football All-Star Game would have been one of the many events that gets canceled due to the recent health crisis. It would be an example of this senior class having yet another high school rite of passage taken away from them without anything they can do about it — or maybe not. 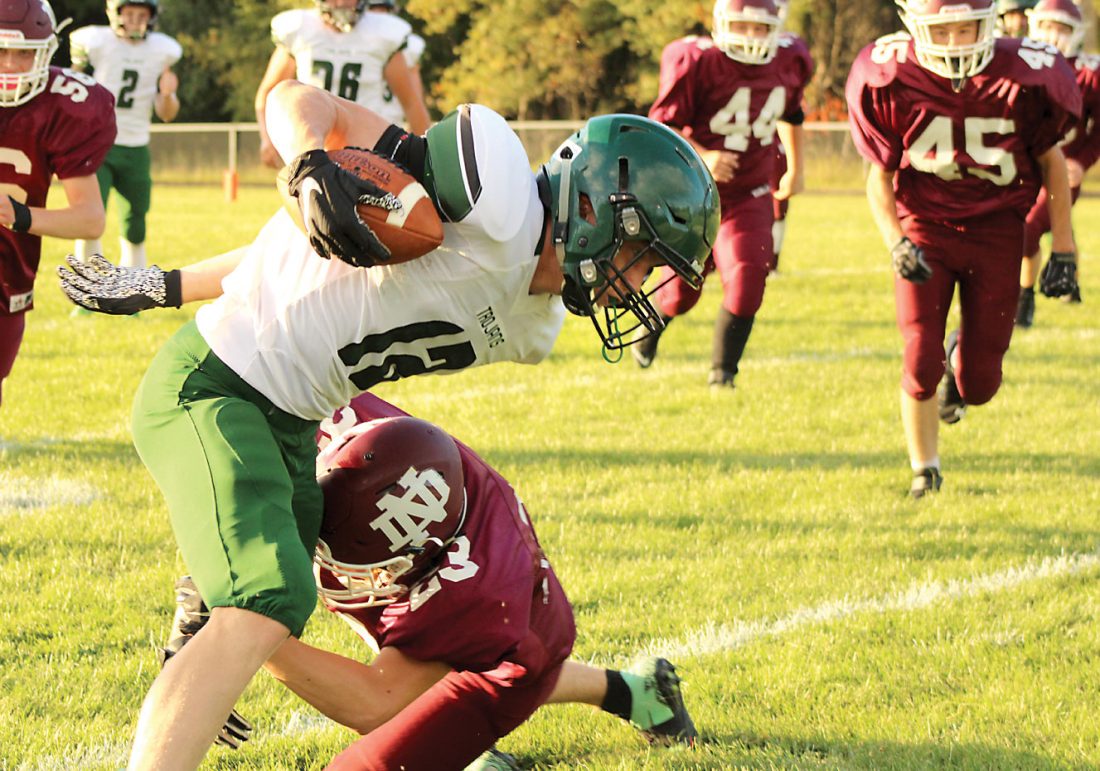 “It definitely presents a unique set of challenges for us this year”, said All-Star Game organizer Todd Goldbeck. “However, we are determined to do whatever it takes to put on this event and give the players an experience they will never forget. They have been through so much, and have had so much taken away from them.”

“I’m certain that the communities throughout the U.P. will rally around these players, and hopefully, it will be something that brings joy and some feeling of normalcy back to everyone. Football in the U.P. tends to do that; it brings people together.” Goldbeck said.

The 2020 U.P. Football All-Star Week has been changed and will now begin Monday, July 27, and conclude with the game on Saturday, Aug. 1, with a 1 p.m. Eastern time kickoff. This is five weeks later than the original week of June 22-June 27.

Goldbeck notes “Without the use of NMU’s facilities, it is like having to start over from scratch on many of the most important details. Because of that, and the uncertainty of the restrictions that may or may not be in place, we decided to move things ahead one month. That gives us extra time to work out the new logistics, and things are already starting to come together.

“It also gives us the best chance for restrictions to loosen enough to have the game. I have not considered canceling the game. That would be a last resort, and will only happen if the state does not allow us to have it.”

The tentative schedule is as follows:

Monday, July 27, the players and coaches check-in at The Holiday Inn, and there will be a food drive for the St. Vincent de Paul food pantry at check-in.

Tuesday evening, July 28, will be the team and individual pictures, as well as media day. Players and coaches will be available for interviews from any media that are present.

Wednesday afternoon, July 29, will be the Players Skills Challenge. The players will compete for the titles of Fastest Man, Strongest Man, Receiver, Quarterback Challenge, Kicking and Punting Challenges.

Thursday, July 30, the players and coaches would normally travel to Bay Cliff Health Camp, which has become one of the signature events of All-Star Week. Bay Cliff is a summer camp for children with physical disabilities and the all-star players will spend time with the campers, showing them football drills, and finishing the day by having dinner with the Bay Cliff campers and staff.

“We look forward to continuing the tradition of making a visit there in 2021,” Goldbeck said

Friday evening, July 31, is the All-Star Banquet, with the guest speaker to be announced at a later date. The banquet provides family and friends a chance to connect with the All-Star players after a long week of practice and activities.

It is formal attire for the players, and they stand up in front of everyone and introduce their roommate for the week, and tell everyone some things about each other. Players also get recognized for their accomplishments during the Skills Challenge and they receive their All-Star Rings.

The U.P. Football All-Star Game will also be donating proceeds to Bay Cliff Health Camp, as well as Marquette, Pickford and Iron Mountain schools. A lottery drawing was performed to select the three schools, and donations will be made directly to the football program of those schools chosen.

Each year, new schools will be chosen until all U.P. schools have received a monetary benefit from the game.

Due to the coronavirus pandemic, more information will

(Theresa Proudfit/Daily News Photo) Norway’s Kody Hendricks (80) looks to up field after making a catch, in a September game versus Ishpeming in Norway. Hendricks will play in the U.P All-Star game on Aug. 1.

be made available in the coming weeks in regard to the status of the event.

How to change your name on your Social Security card