NEW YORK (AP) — Winless for almost two weeks, the Detroit Tigers busted loose for nine runs and needed every last one of them.

JaCoby Jones homered and had a career-high four RBIs, including a go-ahead double in the seventh inning, and Miguel Cabrera also connected as the Tigers halted their nine-game losing streak Friday night with a wild 9-8 victory over the New York Mets.

“We had early work, trying to get all of that other bad stuff out of our system, and they just played. This is the way we know how to play — we just haven’t done it in a few days,” said Detroit manager Ron Gardenhire, who spent his major league playing career with the Mets from 1981-85.

“We’ve had a lot of struggles and it’s kind of beat us down a little bit. But like I said, this is the kind of game we’ve been waiting for.”

In a back-and-forth slugfest between two teams swept by lowly Miami within the past week, Detroit blew an early 4-0 lead and later rallied three times from one-run deficits to win for the first time since May 12 at Minnesota.

“We’ve been grinding, been through tough games, and to have a tough game tonight like that and to come away with a W, that’s huge for us,” Jones said.

New York hit five home runs on a windy night at Citi Field, including a tiebreaking shot by pinch-hitter Aaron Altherr off winner Buck Farmer (3-3) in his first plate appearance with the Mets.

“It was a crazy game,” Altherr said. “A lot of home runs hit, momentum swings.”

Cabrera reached base safely four times, delivered a sacrifice fly and went the other way for his 467th home run and second this season. The two-time MVP had gone 81 at-bats without a long ball since April 26 before connecting off an ineffective Noah Syndergaard to tie it 5-all in the fifth.

Jones laced a two-run double with two outs in the seventh off Drew Gagnon (3-1) to put Detroit ahead 8-7. Pinch-hitter Brandon Dixon followed with an RBI single.

Jones, batting eighth, also hit a two-run homer in the second off Syndergaard, who gave up six runs and 10 hits in 5 1/3 innings against an offense that was ranked 29th out of 30 teams in runs.

“I take full responsibility for this loss,” he said. “I just didn’t get the job done.”

It was the most earned runs allowed by Syndergaard since he yielded seven in four innings at San Diego in June 2015. The right-hander has served up 10 homers in 69 1/3 innings this season after permitting only nine in 154 1/3 innings last year.

“I think tonight, he felt like his mechanics were a little off,” Mets manager Mickey Callaway said.

Shane Greene got three quick outs for his AL-leading 16th save in 17 chances, bouncing back nicely after giving up a go-ahead grand slam in the ninth inning of a 5-2 loss to the Marlins on Thursday that capped Detroit’s 0-9 homestand.

The stretch also included a suspended game against Oakland that the Tigers are losing in the late innings. It will resume in September.

New York, which was coming off a four-game sweep at home against NL East rival Washington, has lost seven of eight to Detroit.

Tigers: SS Jordy Mercer (strained right quadriceps) felt fine after running the bases and taking swings during early batting practice. He is expected to begin a rehab assignment at Triple-A Toledo in the next day or two.

Mets: OF Michael Conforto was eligible to come off the seven-day concussion list, but wasn’t activated. The team is waiting for Conforto to be cleared by Major League Baseball and hopes that will happen this weekend. Conforto said it appears Sunday is most likely, and he’s ready to get right back in the lineup. He took batting practice on the field before the game and has been feeling good after going through baseball activities. Conforto took a concussion test early in the game, administered by Mets doctors, and the results will be passed along to MLB. “It’s pretty difficult,” he said. “It’s really thorough.”

Detroit got four hits from the No. 9 spot in the lineup. Most stunning were two singles — one of them a rocket up the middle — by Tigers rookie pitcher Gregory Soto on 95-plus mph pitches from Syndergaard.

The 24-year-old Soto had never batted in the minors or majors before. He said his last competitive at-bat came when he was 15 and still a position player in the Dominican Republic.

“I was ready for the fastball,” Soto said through a translator.

RIGHT OFF THE BAT

Altherr stopped an 0-for-26 slide and became the 12th player to homer in his first at-bat with the Mets. Rajai Davis and Robinson CanÛ also did it this season.

“Some kind of magic going on around here,” Altherr said.

After the game, Detroit optioned RHP Sandy B·ez to Toledo.

Tigers: LHP Ryan Carpenter (0-2, 13.00 ERA) will be recalled from Triple-A to make his third major league start of the season Saturday afternoon.

Mets: LHP Jason Vargas (1-2, 5.92 ERA) is expected to come off the injured list to make his first big league start since May 5, when he was removed with a strained left hamstring in Milwaukee. Vargas is 4-6 with a 6.38 ERA in 13 career starts against the Tigers. 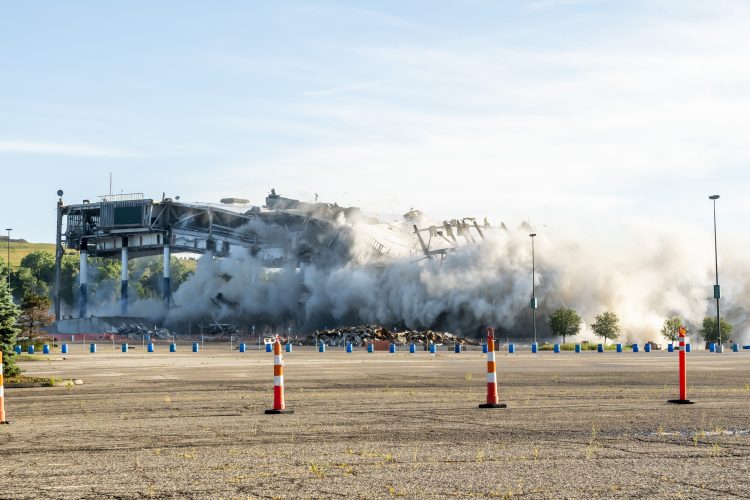