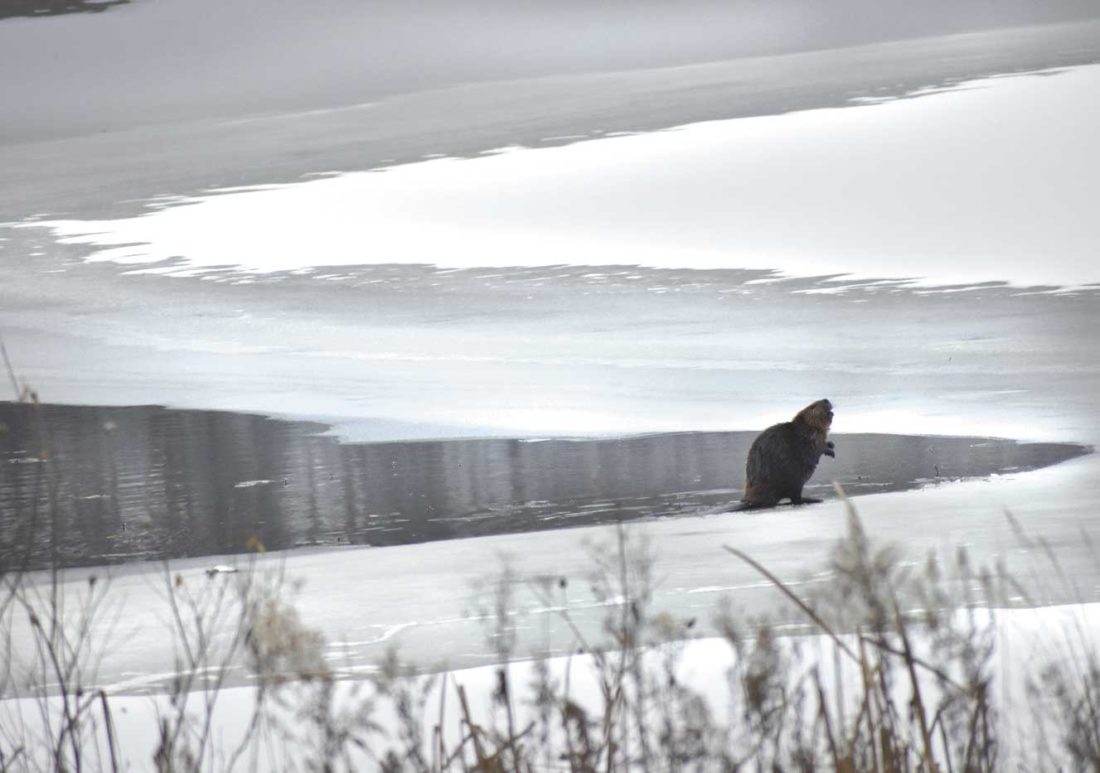 Snowy owls aren’t the only winged visitors making the rounds in the Upper Peninsula and northern Wisconsin this winter.

Already, unusually high numbers of red crossbills are being reported on both sides of the border and points south, said Ryan Brady, Bureau of Natural Heritage Conservation biologist with the Wisconsin Department of Natural Resources’ Ashland office.

The male birds look a little like a larger and more brightly colored purple finch with an overgrown bill that needed to be trimmed. But that beak is by design — it lets the crossbill pry into pinecones to reach the seeds beneath the scales.

Females are more drab, of course, in shades of gray and olive green, though they bear the same distinctive overlapping beak.

These crossbills are described as highly nomadic, traveling long distances to take advantage of wherever its main food supply — conifer cones — can be found in abundance.

Because it feeds its young on seeds as well, crossbills will nest at any time of year if food is reliably available, even mid-winter, according to the Cornell Lab of Ornithology. It favors pine, spruce and hemlock, Brady said.

And while they for now all bear the same name, different calls, bill shapes and other variations suggest the “red crossbill” may in fact be several different species or at least subspecies; 10 types currently are recognized. Brady said the ones he’s seen are Type 3 and 4, coming in from the west rather than north. Type 3, for example, is from the Pacific Northwest but reliably shows up in the Midwest during “irruption” years.

The most reliable way to identify which type a red crossbill might be is to record its song, if possible. The Cornell Lab of Ornithology not only can help in determining the variety, it also welcomes the information, as it can better track seasonal movements of these birds.

They usually will be seen in flocks, either hanging off cones feeding on seeds or pecking for salt and grit along roadsides. They occasionally will come to feeders.

Their biggest threat might be red squirrels that prey on nestlings and compete with them for cones.

The other North American species of crossbill, the white-winged, is more common in the northeast and north, favoring the boreal forests. They and a number of the northern finch-type birds — purple, pine grosbeaks, pine siskins — likely will be scarce this winter due to what is terms the “best cone crop in a decade or more” in the northeast U.S. and eastern Canada, according to Ron Pittaway of the Ontario Field Ornithologists, who annually issues a “Winter Finch Forecast” for those who feed the birds.

Brady also advised watching out for black-backed woodpeckers, another species more common to the boreal forests of Canada into Alaska, though they are listed as a confirmed breeding bird in Dickinson and Iron counties. They are larger than our more common hairy woodpeckers and, as the name suggests, have an all-black back, without the white barring seen in the hairy or yellow-bellied sapsuckers. Males also have a yellow spot on the forehead.

Finally, snow buntings have been reported along roadsides. These sparrow-type birds now sport brown and white plumage with a black-striped back. But come breeding season — which, for them, happens in the arctic — the males will use the snow to scour off the outer tips of the feathers, leaving them white with inky black wings, according to the Cornell Lab.

I’m amazed at the number of arctic nesters, such as snow buntings, American tree sparrows — a bit of a miss on the bird’s name, as it lives much of its life on Canada’s treeless tundra — and snowy owls that regularly make the U.P. their home during the winter.

While the snowies seem poised to put on a good show this year, there’s little indication so far that the boreal owls — the great gray, northern hawk and tiny boreal owl, which looks similar to the more southernly saw-whet — might make a similar shift, Brady said.

Last year, I photographed irises reblooming in downtown Iron Mountain on Nov. 13 and Six Mile Lake didn’t ice up until mid-December. Much different story this year. But these ice shelves often seem to draw a number of birds and beasts to take a little time out from the water.

This is the first beaver I can say for certain I’ve seen on the lake, as opposed to the muskrats that regularly paddle around our dock. Out of the water, the size is impressive — beaver are the largest rodents in North America and, as adults, tend to be too formidable for most predators to take on unless surprised far from water, according to the University of Michigan Museum of Zoology.

The ice was thick enough on Six Mile Lake the beaver had little trouble hauling out, though adults can weigh in at roughly 30 to 70 pounds. A deer earlier this week was not so fortunate in Iron Mountain, breaking through on the much larger Lake Antoine and drowning before city crews could reach the struggling animal.

My first weekend up here in December 2015, an otter picked almost the same spot on our end of the lake to stretch out on the new ice and munch a fish — until a pair of bald eagles came swooping in, unseen until they made a grab on the otter, which managed to twist and escape.

The view out the family room window seat usually is better than television. 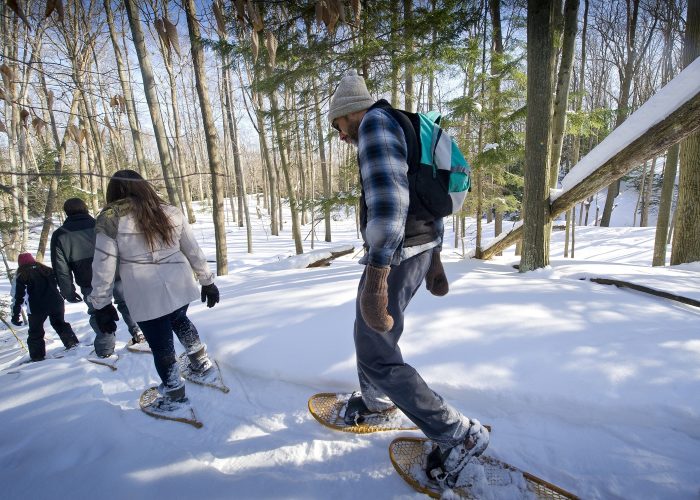