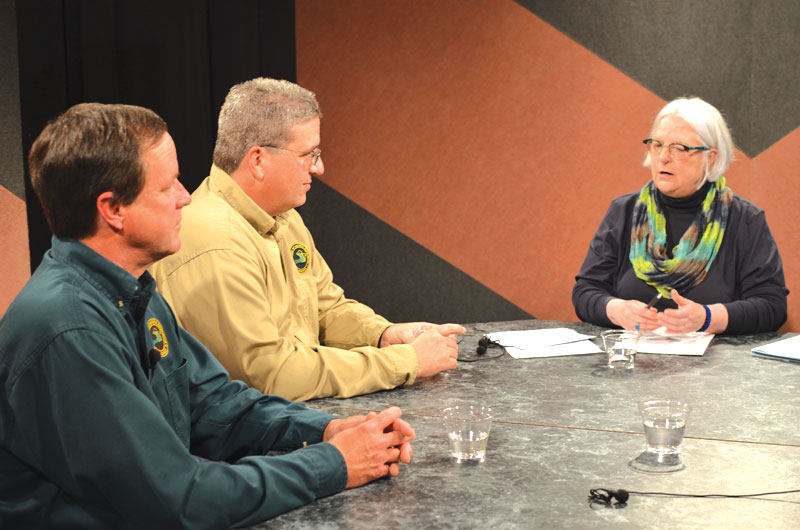 A handful of people sit around a large wooden table in a small green-walled room, located in a basement on the campus of Northern Michigan University.

In a few minutes they’ll be escorted into the room next door and seated again at another table, this time under bright, hot lights.

This isn’t a campus police interrogation, but it is an inquisition of sorts.

With cameras pointed at those in the high-set chairs, a technician soon will appear to fill clear plastic cups with water, while another person walks in to attach microphones to the lapels of each of the participants.

Some of the people at the table are quite nervous, while some aren’t apprehensive at all. Others aren’t sure exactly what to expect — it’s their first time.

There are only a couple of minutes left to kick the jitters before the countdown begins just before 8 o’clock — the countdown to the opening of another live television broadcast of “Ask the DNR.”

For the next 60 minutes, Michigan Department of Natural Resources wildlife and fisheries biologists, conservation officers, trails specialists and others will answer questions from viewers on the air.

Being a part of it all

Cpl. Brett DeLonge, a commercial fish specialist with the DNR’s Great Lakes Enforcement Unit, said his first time on the program was a “great learning experience.”

“I was relatively new in my career as a conservation officer and knew I had to prepare myself to represent the department well. I studied the current laws, previous questions asked on the show, and many of my own ‘what if’ questions,” DeLonge said. “I was very nervous before and during the show and in hindsight, I am happy I had the opportunity to be on the show.”

Each broadcast of “Ask the DNR” includes a conservation officer as a guest because viewers have so many questions about the law they’d like to have answered.

DeLonge said being on the guest panel is an important experience for conservation officers because it allows them to revisit some laws they don’t use every day and provides a good connection with the public.

“Being a part of the show also allows us to work with other members of the department and keeps us all on the same playing field with hot-topic issues,” DeLonge said. “It also gives a good public view of the teamwork that takes place within the DNR.”

All the DNR guest panelists are skilled professionals with a tremendous depth of knowledge and expertise in their individual disciplines. These people make the program the success it has become.

“Giving viewers the opportunity to ask questions from the comfort of their own homes and then watch to see and hear the answers provided live on the air is a fantastic way to promote natural resources education and engage people with their local DNR staffers,” said John Pepin, DNR coordinator of the program and the department’s deputy public information officer. “Many people don’t know they can call or come in to DNR offices to have their questions answered and many who do know, may not feel comfortable doing so. I think the show gives folks an easy way to get the information they want and need.”

All those who call the program are asked their name and phone number in addition to their questions so any queries unanswered on the air are later answered in return phone calls from DNR staff in the days following the broadcast.

Those who answer the calls from viewers are often from local sporting groups who help underwrite the cost of specific broadcasts of the show on Public Television. For “Ask the DNR” the underwriters are U.P. Whitetails of Marquette County, Inc.; the Northwoods Chapter of Safari Club International and the Central U.P. Sport Fishing Association.

Monica Weis is a facilitator with the DNR who assists the program by helping phone volunteers, sorting and tallying questions and answering viewer phone calls herself. She said she thinks the program is an important part of DNR outreach efforts.

“During the show, we ensure the written questions are clear and concise, thereby eliciting a thorough response from the evening’s panelists. Sometimes we narrow the focus on callers’ concerns,” Weis said. “Often many callers enjoy speaking with the people who answer the phone. While we are equipped to answer the person directly, we make sure to get the inquiry on-air as there may be many others with the same type of question.”

Questions called in to the program have ranged from “Is the DNR going to ban baiting this deer season?” “Are the pine martens killing all the grouse?” and “All the maple tree leaves in my yard have black spots on them. What’s happening?” to those legal inquiries like “Can I carry a loaded gun while driving my four-wheeler?” and “May I legally trespass on private property to chase a wounded deer?”

Some questions require a bit of research before a panelist can provide an answer. An average of 100 calls are received for each one-hour broadcast, and others are submitted in advance via email.

The program has a handful of guest hosts who facilitate the question-and-answer sessions, including Ann Feldhauser, a former DNR spokeswoman.

The broadcast is shot with three cameras, which are positioned off the ends of the panelist table.

“It’s often a fun show to do for the participants,” Pepin said. “And I know it’s fun, entertaining and educational to watch because I was a regular viewer of the show myself long before I came to work for the DNR.”

How it started and continues

Bob Thomson, station manager at WNMU-TV and long-time producer of the program, said the local PBS affiliate has produced shows in the “Ask the…” series for over 40 years, with “Ask the DNR” being the most popular.

The station also produces “Ask the Lawyers,” “Ask the Doctors” and “Ask the Experts” and maintains a schedule of shows available online.

“As producer of ‘Ask the DNR’ I have to first schedule the show. It’s important to coordinate with important times of the year for outdoor activities,” Thomson said. “We have an early fall show, two deer-hunting shows (before and after firearm deer hunting season) and two shows in the spring to address start of fishing, outdoor recreation and other summer activities.”

Thomson works closely with Pepin to schedule appropriate guest panelists for each show. Beyond DNR field staff, guests on the program have included members of the Michigan Natural Resources Commission and the DNR’s deputy director.

“I think it’s important for the public to be able to see these decision makers, learn who they are and what they do, and ask them important questions,” Pepin said. “I think the direct and candid answers are my favorite part of the show.”

Thomson said with a live broadcast, it’s important to have the production crew ready to go.

“The WNMU staff is key to bringing the show to our viewers, but we couldn’t do it without the excellent NMU students who run camera, create graphics, coordinate phones and just about anything we ask of them,” Thomson said. “Over the years, the WNMU staff has trained hundreds of students to get the skills necessary to build their resume and enter the broadcast field. The students really help us keep shows like ‘Ask the DNR’ coming to our viewers.”

In addition to the Thursday night live broadcasts, WNMU-TV replays the program the following day at noon.

After the program ends, the phone volunteers file out of the studio along with the DNR guests, students and the WNMU staff from the control room.

They walk past the green room down an L-shaped hallway and through a set of double doors to a staircase that leads out of the basement to the rest of the Learning Resources Center.

Within a few minutes of the broadcast concluding, the studio is dark.

The next day, Weis will dole out the questions left to be answered to DNR staff and the follow-up phone calls will begin. 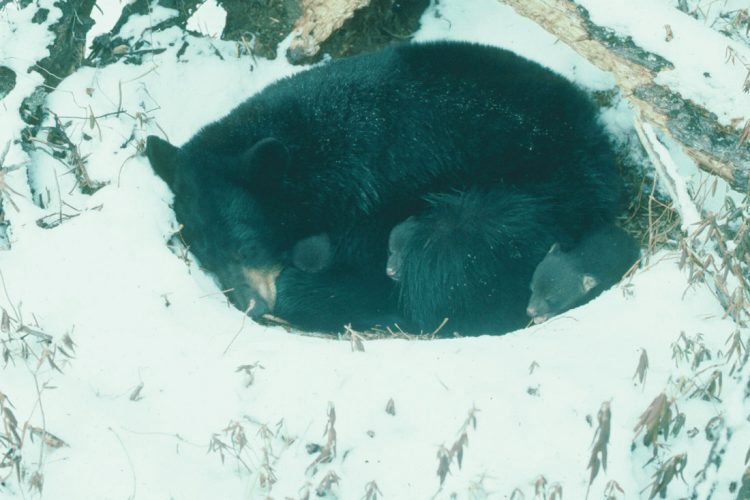 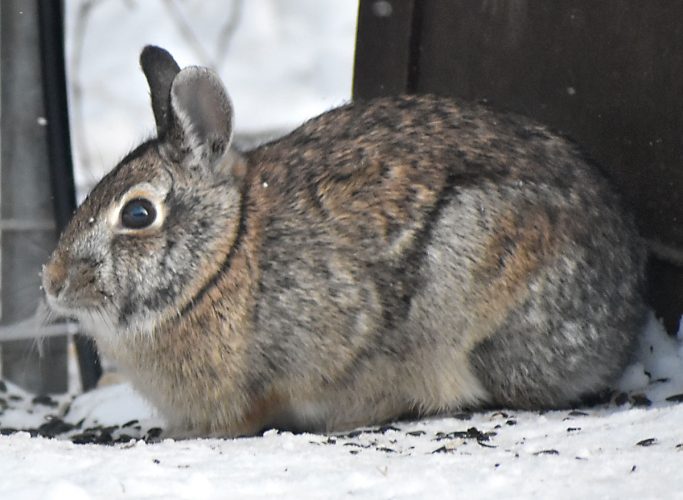 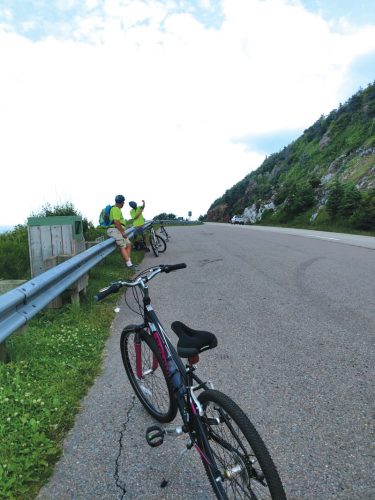