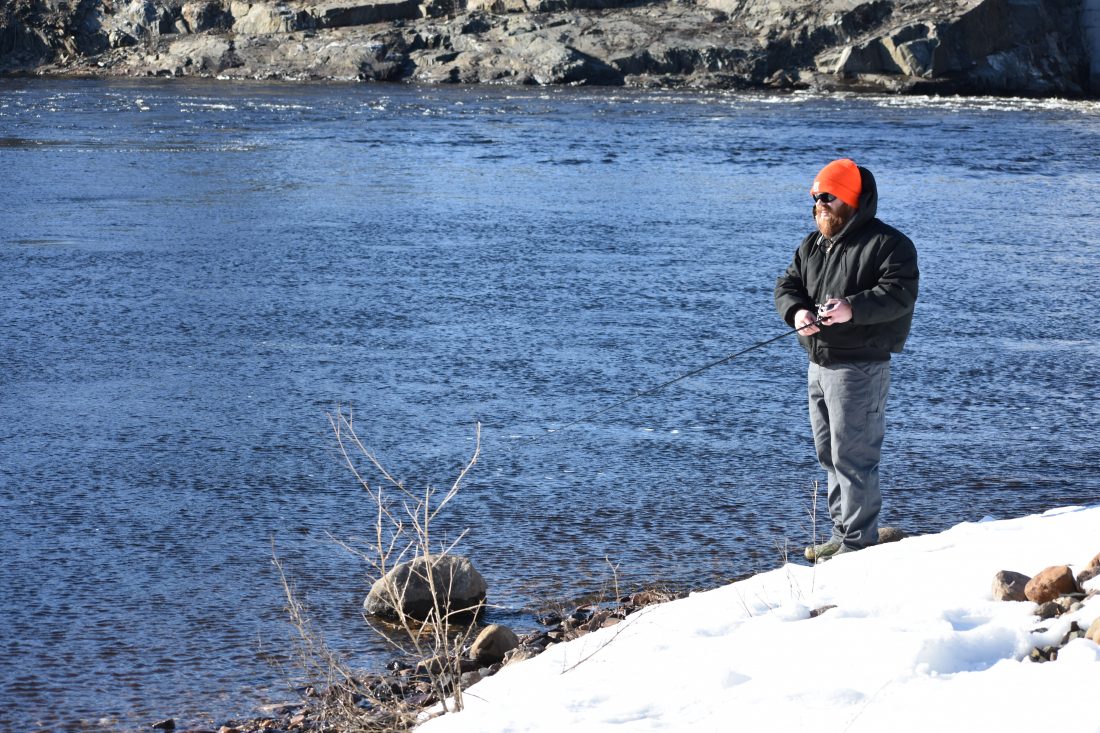 Wyatt Yost of Homestead, Wis., spent part of Friday afternoon fishing for walleye in the Menominee River by the Twin Falls Dam. Though he had no luck — the walleye aren’t up yet, he explained — “it doesn’t hurt to try,” he said. (Betsy Bloom/Daily News photo)

IRON MOUNTAIN — With snow and ice disappearing, the transition from winter to spring recreation has begun.

Pike and walleye season on the Upper Peninsula Great Lakes, as well as inland waters, will close at midnight Sunday. A one-limit walleye season continues on the Menominee River boundary waters.

Grier said a local angler recently switched lakes to improve his luck and was landing plenty of crappies and bluegills.

“I guess it depends on where you are,” he said.

Warmer weather is bringing out open water anglers fishing for walleyes and brown trout on the Menominee River, said the Wisconsin Department of Natural Resources. Anglers were also trying for northern pike and walleyes at the mouth of the Peshtigo River with limited results.

According to the Travel Wisconsin Snow Conditions Report, most counties have closed or will soon close snowmobile trails. Florence County’s trails are scheduled to close Sunday.

The entire Marinette County ATV Trail System will be closed to all vehicles effective Monday until further notice.

Turkeys have been heard gobbling, with some displaying during the day.

Michigan’s spring turkey season opens April 18. Hunters who did not apply for the permit drawing may purchase a leftover license, if available, beginning March 30. Drawing results will be posted online Monday.

Keweenaw Bay: Anglers reported slow to good fishing in the morning, but those who fished in the evening saw little to no action. Coho, splake, brown trout and some whitefish were caught in shallow, while those out deeper caught lake trout and whitefish. Most of the whitefish were on the small side. Anglers were jigging with both live and artificial bait. Shore anglers caught coho along with the occasional brown trout and splake.

Little Bay De Noc: Ice conditions are starting to deteriorate, and anglers should remove any remaining ice shanties before it is too late. Anglers should not be driving out on the ice due to dangerous conditions, and rain this week only will make it worse. Walleye were caught around the Escanaba River when jigging or using tip-ups in 30 feet. Perch slowed, but a few good catches were reported at Kipling by those using minnows and wigglers in 28 to 35 feet. Pike were active near the Day’s River when using tip-ups in 14 to 20 feet and near the Escanaba River in 32 feet. Anglers have one more weekend left to target walleye.

Cedarville and Hessel: Still had ice anglers around the Les Cheneaux Islands. A few more perch were caught in Musky Bay, but anglers still were sorting out the small ones. A couple pike up to 24 inches were also caught in Musky Bay. In Hessel Bay, more perch were caught, and while many were on the small side, a few more 10-inch fish also were reported. Those jigging minnows in Hessel Bay and Wilderness Bay caught a couple splake. There were no reports of any smelt runs in the area. 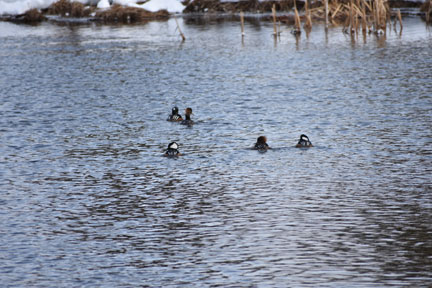 IRON MOUNTAIN — Effective through at least April 13, the Michigan Department of Natural Resources has closed ... 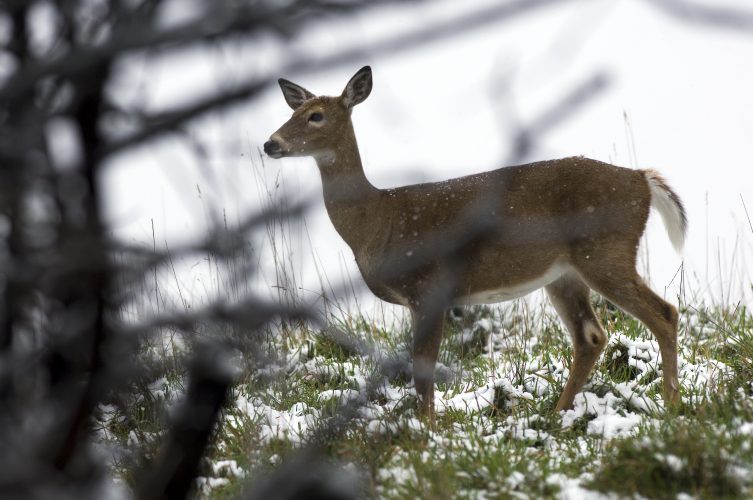