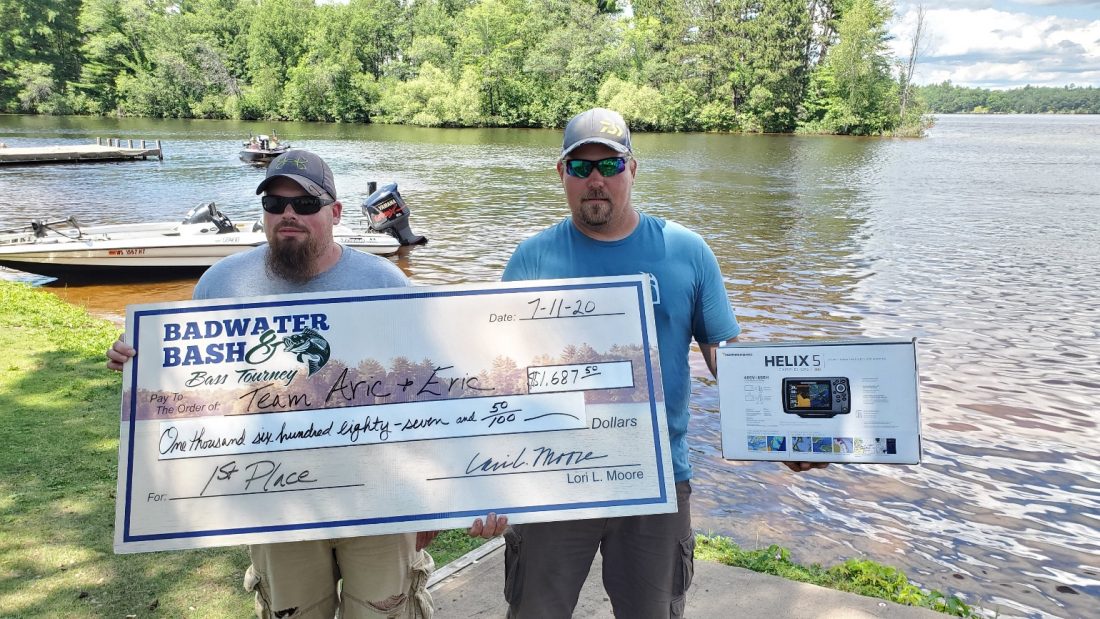 Winners of the 2020 Badwater Bass Tourney were Aric Fick, left, and Eric Zoromski of Lena, Wis. They earned a cash prize of $1,687.50, along with a Hummingbird Helix 5 fish finder for catching the largest fish.

Aric Fick and Eric Zoromski registered six bass weighing a total of 18.95 pounds. They received a cash prize of $1,687.50.

The July 11 tourney was full with 50 registered teams, including 19 from the local area and 31 from across Wisconsin and northern Michigan.