IRON MOUNTAIN — The Michigan Department of Natural Resources has provided updated information related to questions and answers on chronic wasting disease published in a Hunting Season 2019 supplement in the Oct. 21 edition of The Daily News. One questioner asked: Is there a change to ... 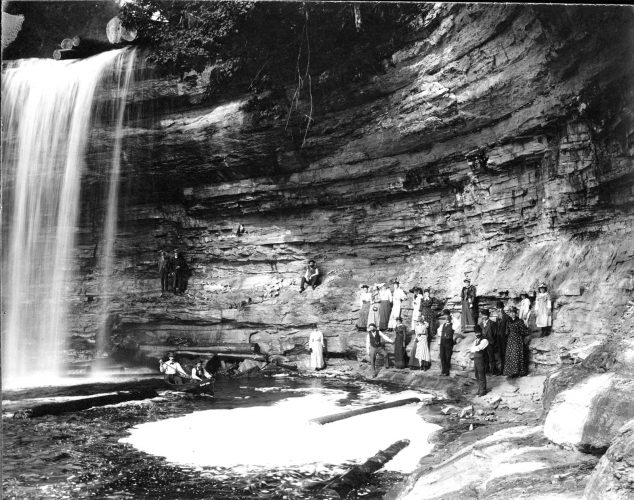 Tahquamenon views the same as generations ago

Prior to becoming the premier attraction at Michigan’s second-largest state park, the Upper Tahquamenon Falls was known only to locals. Native Americans, missionaries and fur traders were the only people to witness the 200-foot-wide, tannin-stained Tahquamenon River tumble over a 50-foot ... 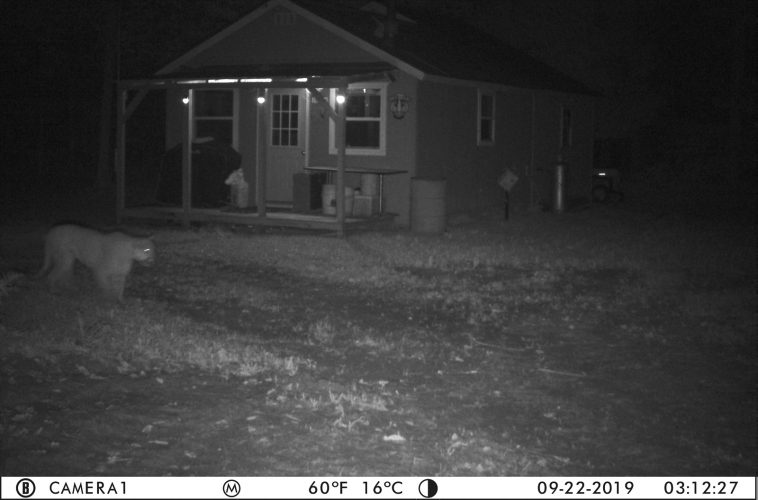 News that three more cougar photos have turned up in the Upper Peninsula in recent weeks might be viewed as a sign the once-native animal could be making a comeback. The latest sightings — Sept. 18 and Sept. 22 in Delta County and Oct. 6 in southern Marquette County — bring to five the ...

IRON MOUNTAIN — Leaves are dropping, improving visibility for grouse, turkey and archery deer hunters. Results for bird hunters have been mixed. “Some people know where to go to get them,” said Doug Whisler at Whisler Outdoors in Florence, Wis. Michigan’s bear season ends today. ...

LAKE LINDEN — Watercross snowmobile races will be coming to Lake Linden next year. The Village Council has given permission for an event at the Lake Linden campground in late August or early September. The International Watercross Association competition will raise funds for the ... 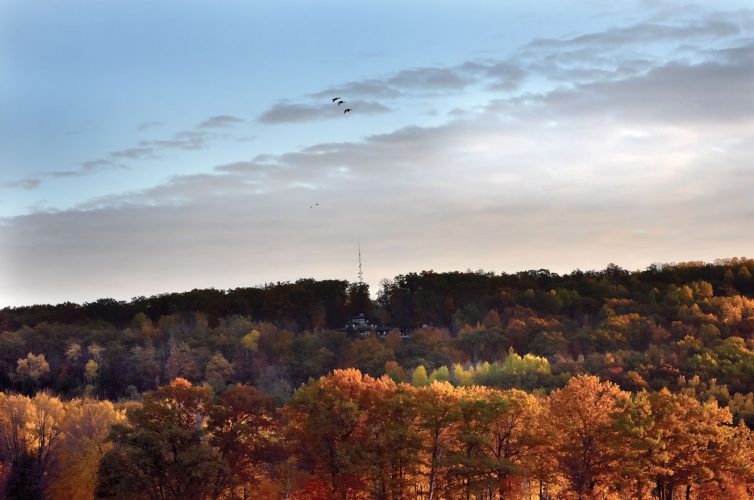 Canada geese fly over fall foliage along Lake Antoine as the sun rises Thursday. Experts say western winds early next week could bring another wave of late-season migrants through the region, including geese and other waterfowl.

IRON MOUNTAIN — Whitetails have begun making scrapes and rubs and the colder weather has put them on the move, especially at night. “They’re seeing some nice bucks on trail cameras,” said Doug Whisler at Whisler Outdoors in Florence, Wis. Both Whisler and Whispering Pine Outpost’s ... 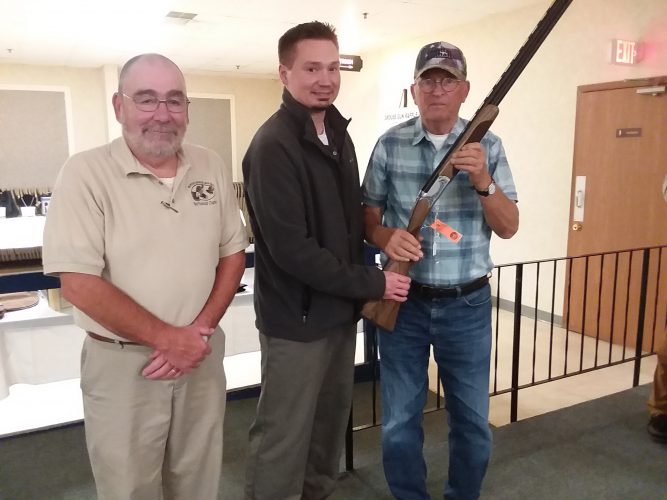 The North Woods Chapter of The Ruffed Grouse Society of America had its 15th annual Sportsmen's Banquet on Oct. 3 at Recreation Lanes in Iron Mountain. Dr. Beau Poquette of Northern Eye Care Associates donated an over/under shotgun for a veteran at the banquet. From left are Rick Bath, ...

UP Sportsmen’s Alliance to meet Nov. 2 in Merriman

IRON MOUNTAIN — The Upper Peninsula Sportsmen’s Alliance will meet at 9 a.m. Saturday, Nov. 2, at the United Sportsmen’s Club in Merriman. Upper Peninsula lawmakers are scheduled to attend, along with Shannon Hanna, deputy director of the Michigan Department of Natural Resources. Hanna, ... 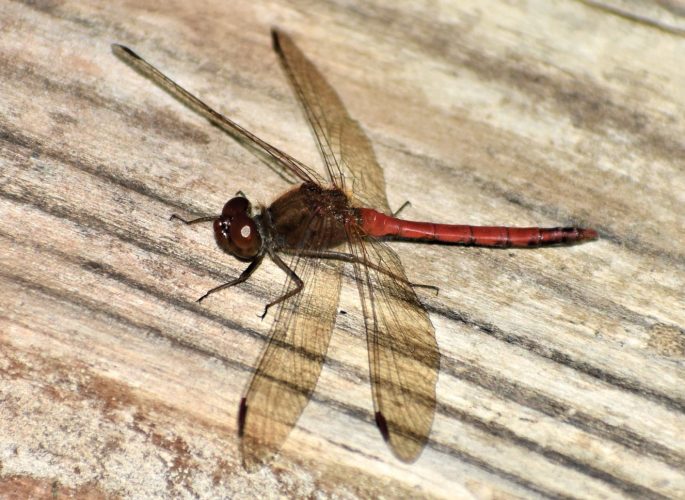 No antifreeze for dragonflies

Some of the final insects still standing — or flying — may not make it through the next week. Freezing temperatures, which are in the forecast for overnight through at least Monday night, pretty much signal an imminent end to insect activity. The numbers already have thinned ...

IRON MOUNTAIN — Peak fall colors are expected this weekend — along with near-wintry temperatures — as both anglers and hunters go afield. “A lot of people are fishing for musky right now,” said Doug Whisler at Whisler Outdoors in Florence, Wis., mentioning a catch-and-release of ... 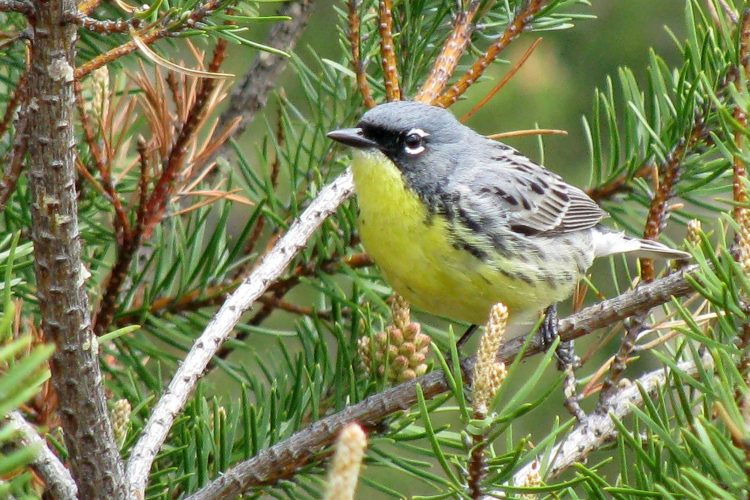 TRAVERSE CITY, Mich. (AP) — The federal government said Tuesday it will remove the Kirtland's warbler from its list of protected species, finding the small, yellow-bellied songbird had recovered more than half a century after being designated as endangered. The U.S. Fish and Wildlife ... 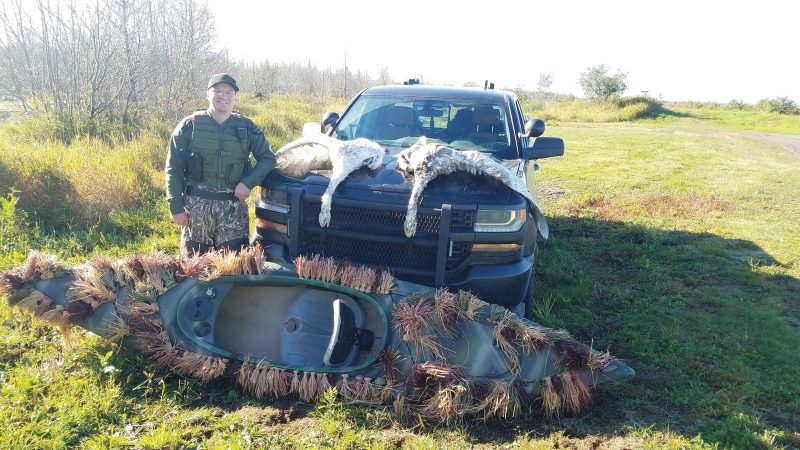 BARAGA —A complaint called in to the Michigan Department of Natural Resources’ Report All Poaching hotline resulted in two brothers being ticketed for illegally killing a pair of trumpeter swans on Sept. 28 — the opening day of waterfowl hunting season in the Upper Peninsula. Trumpeter ...

By JIM ANDERSON News Editor IRON MOUNTAIN — Rain was predicted today as the Wisconsin Department of Resources warned waterfowl hunters as well as anglers and boaters to take additional safety precautions. Following recent storms, water levels have degraded the safety conditions on many ...

MADISON, Wis. — The Wisconsin Department of Natural Resources wants to remind all participants of this weekend’s popular youth hunt for deer to review and to know the safety rules of this annual event. The youth hunt today and Sunday is only open to persons 15 years and younger who have a ... 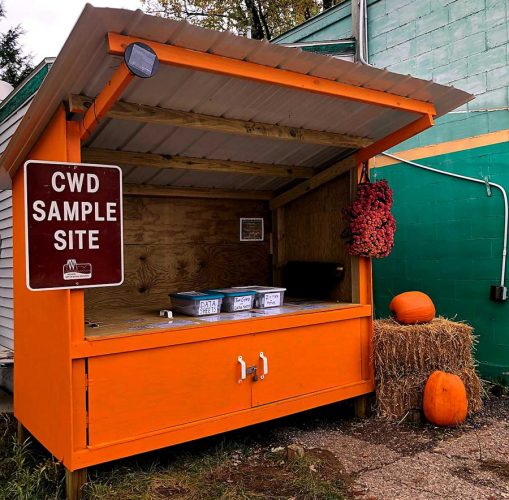 MADISON, Wis. — With the archery and crossbow deer hunting seasons underway, the Wisconsin Department of Natural Resources recommends simple precautions hunters and landowners can take to help prevent and reduce the spread of chronic wasting disease. CWD is a fatal contagious neurological ... 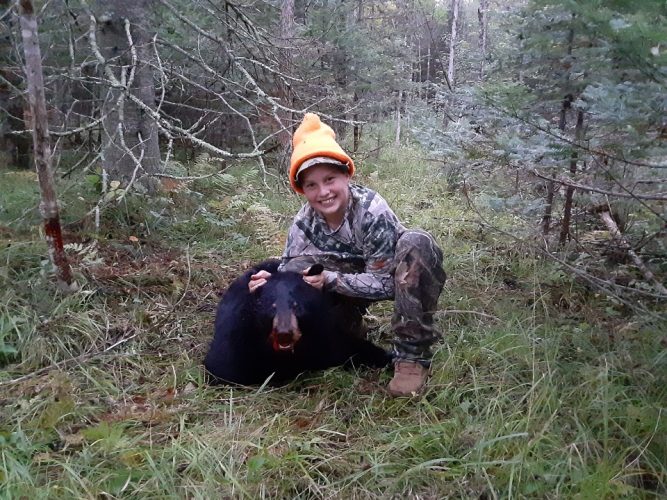 Thirteen-year-old Alec Haferkorn of Norway got his first bear Sept. 19 while hunting in the Wilson area. It weighed 140 pounds. The happy hunter plans on making a bear rug out of his trophy. 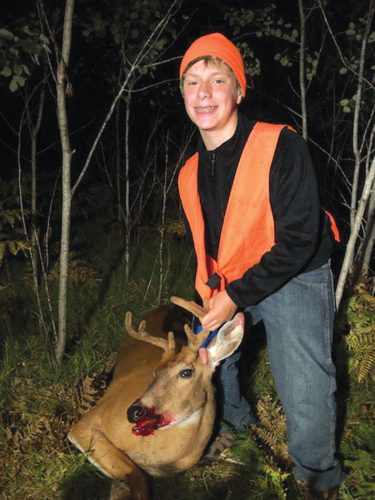 David Nanninga, 13, of Kingsford, got a six-point buck during Michigan’s Liberty Hunt. He was guided by his dad, Steve, and grandfathers George Nanninga and Bill Burby.

BIG BAY — Yellow Dog Watershed Preserve will conduct the Yellow Dog Dash run/walk on Oct. 19 in Big Bay. Register at https://yellowdogwatershed.org/ or at the trailhead beginning at 9:30 a.m. Eastern time at the Yellow Dog Bridge on County Road 510. For more information, contact ...