What Remains Of Her 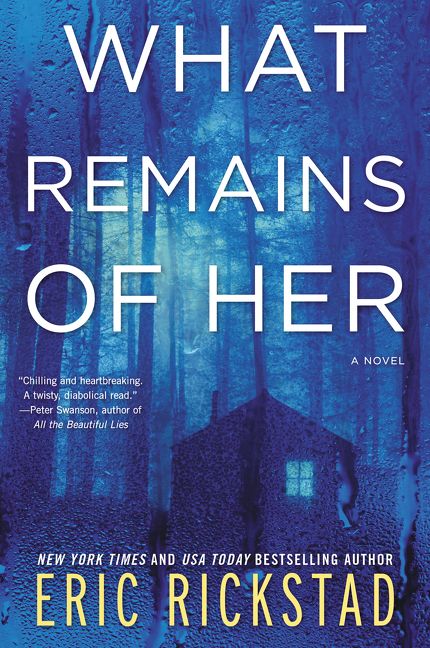 Eric Rickstad’s “What Remains of Her” (William Morrow, 404 pages) is a powerful exploration of the lasting effects

One fateful day, Jonah Baum, an adjunct professor of poetry and literature at a small college in Vermont, returns to his home with an “apology” gift of a bouquet of flowers for his wife Rebecca and a matching yellow coat and dress for his daughter Sally.

While waiting for their return, he sets about correcting students’ papers and drinking too many of his wife’s wine coolers.

But his wife and daughter never return and soon the police are questioning a somewhat inebriated Jonah about their disappearance.

No sign of the mother and daughter are ever found and while Jonah does not face criminal charges, in the court of public opinion his reputation is shattered as suspicion of murdering his family remains with him.

The pathetic Jonah, whose childhood was filled with the pain of abuse, finds himself unable to cope with the loss of his wife and daughter. His life spirals out of control and he loses his job, his home and his sanity.

He flees to an abandoned shack tucked in the mountains where he lives as a recluse. In a nice touch of literary irony, the social outcast almost dies after having been bitten by a recluse spider.

Twenty-five years later, another little girl goes missing. The child, Gretel, is in foster care with a couple of horribly abusive caregivers.

Unable to take any more punishment from this brutal pair, Gretel runs away during the cold Vermont winter, only to be found by Jonah, the man suspected of killing his own wife and daughter.

As Jonah takes to protecting this little girl from being returned to an abusive home, the truth surrounding the disappearance of his own wife and child some two and half decades ago are revealed in this poignant story which explores the trauma of child abuse and the permanent scars it leaves on its victims.