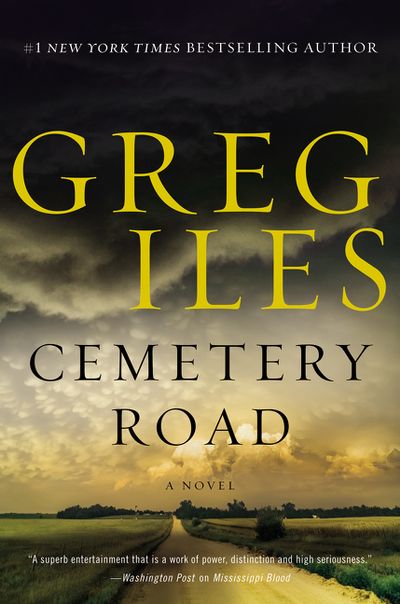 I’ve been advised over the years to read Greg Iles.

My opportunity came recently with the weather making many of us home-bound. “Cemetery Road” (William Morrow, 591 pages, release date March 5) really caught my attention with newspaperman Marshall McEwan returning to his hometown and uncovering all sorts of problems.

I may never visit Mississippi but I will read Greg Iles again.

When Marshall McEwan left home at eighteen, he vowed never to return. As a successful DC journalist, the political chaos in the nation’s capital has advanced his career, but his father is dying, and his mother is struggling.

Marshall returns home to find the town is experiencing an economic rebirth — but everyone knows there’s more to the story behind the new Chinese paper mill landing in Bienville and the ruling families of the town, a group known as the Poker Club, will do anything to keep their secrets buried.

Chaos ensues when a beloved local archeologist is murdered at the site where the new mill is to be built. But it’s a shocking second homicide that threatens not only to ruin Bienville’s ‘deal of the century,’ but reveal a secret so devastating that the lives of those who have kept the truth hidden will never be the same.

And by the time Marshall digs up the long-buried truth, he would give almost anything not to have to face it. With a paralyzing twist that will leave you speechless, Iles has created a completely original and unforgettable tale of greed and desire, jealousy and murder, forgiveness and damnation — and proves, once again, he is a modern master of suspense.