Experiencing the US: Prom, baseball and the fish fry 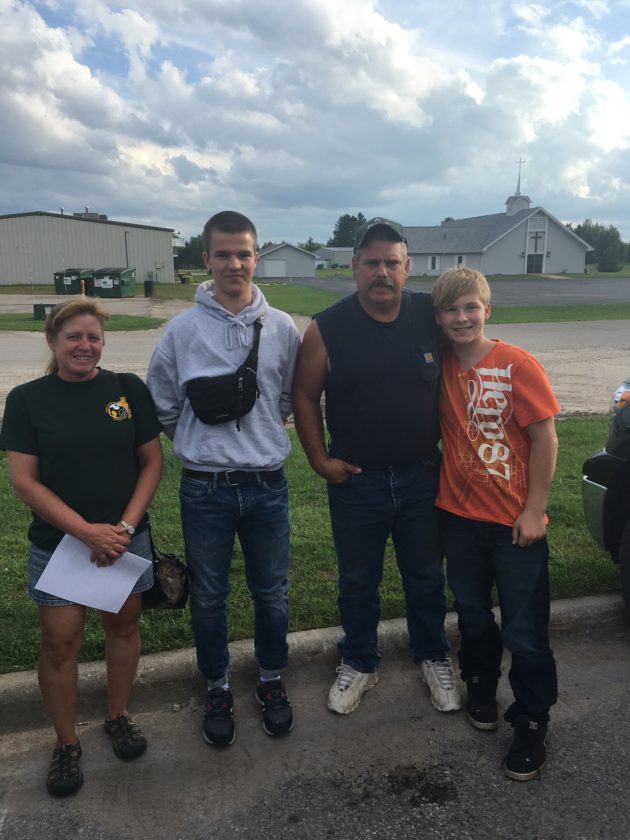 PEER BUDZINSKI OF Germany has been living with the McLain family in Florence, Wis., this year through the International Student Exchange program. He is shown here with his host family, from left, Cathy McLain, Budzinski, Shawn McLain and Nathan Wickland.

But the junior exchange student has enjoyed these activities at Florence High School this school year.

In his hometown of Hanover, he played team handball with a club, as they don’t have school sports. They also don’t have seasons but compete year-round.

“Being involved in wrestling during the winter was a great experience, because I had never done it before. It was also good for me, because I got to know a lot of nice people,” he said.

With the Florence school being much smaller than the one he attended in Hanover, making friends has been relatively easy, Budzinski said. He likes that everyone knows everyone else.

“I think it is the best for an exchange student to be in a school like this and get to know everybody in this community,” he said.

He apparently has made an impression on his classmates at Florence, who recently crowned him prom king for 2017.

Budzinski also enjoys being with his host family, Shawn and Catherine McLain and son Nathan Wickland. “It’s been a great time with them and I couldn’t imagine being with another host family,” he said.

He has no siblings at home and lives with his mother, Marianne, an elementary school teacher and his father, Volker, who is retired from the German mail system.

His uncle persuaded Budzinski to become an exchange student, telling him he had a great time when he spent a couple of months in the U.S. in his 20s.

School was the biggest adjustment for Budzinski, as it is more relaxed and casual than the German system. “But everyone here was so helpful and nice that it made things a lot easier — especially during my first couple of weeks,” Budzinski said.

Living a small community like Florence was a shift as well, coming from a city of 500,000 inhabitants like Hanover, the capital of Germany’s state of Lower Saxony.

“The area around my town is pretty much the same, other than the fact that there are less woods near Hanover,” he said. “The area (Hanover) is more like the area in the southern part of Wisconsin.”

And he’s developed a taste for a local fixture, the Friday night fish fry, which he named his favorite food in the U.S. “They are pretty awesome. Unfortunately, we don’t have them in Germany,” he said.

Other than the Florence

area and neighboring Michigan communities, Budzinski also has been to Green Bay and Milwaukee in Wisconsin and will visit Chicago at the end of his exchange year.

He appreciates the trips he’s taken outside the area, as it showed him how city life is here compared to Germany. “And I always enjoy seeing some of the beautiful country over here,” he said.

He will return home June 15, five days after the end of school in Florence. It will be difficult to leave, even though he has missed his family and friends during this exchange year, he said.

His stay came through the International Student Exchange, a nonprofit program that has made such arrangements since 1982.

In reflecting back on his exchange year, Budzinski noted that it’s hard to say one thing that stands out the most for him.

“I collect new experiences every day over here and I get to know so much new stuff,” Budzinski said. “I think that’s what makes this year so great — everything is new for me.”

DETROIT (AP) — The mayor of Detroit said Wednesday that the coronavirus is “starting to weaken” in ...