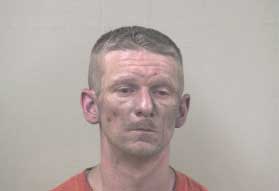 IRON MOUNTAIN — Jurors in the trial of two Kingsford men accused of beating and sexually assaulting a woman in June were taken Wednesday to where she had been found and viewed in court police body camera footage of officers’ first contact with her and first questioning of the defendants.

Brent Thomas Clement, 33, and 45-year-old Kenneth Robert Parent each have been charged in Dickinson County Circuit Court with criminal sexual conduct-first degree, a felony punishable by life or any term of years in prison; and assault with intent to do great bodily harm less than murder or by strangulation, a 10-year felony.

Judge Mary Barglind allowed the jury a drive-by viewing of the house on Lyman Street where the woman, Clement and Parent had lived; the home of a neighbor who reported hearing a male voice and a female voice the night of June 11; the top of the wooded hill at Lyman Street and Riverview Drive; and the bottom of the wooded hill on Long Avenue where the woman was found.

Prosecutors believe Clement and Parent dragged her into those woods to beat and rape her after an argument with her then-boyfriend Clement over his suspicions about her using methamphetamine. But defense attorneys contend the woman’s injuries could have been caused by a fall down the wooded hill while in a drug-induced state and that any sexual assault evidence can be explained by consensual sex with Clement the previous day.

Body camera footage from Kingsford Public Safety Officer Rick Wright showed officers weren’t quite sure what they were dealing with when they discovered the woman after a neighbor reported hearing noises. 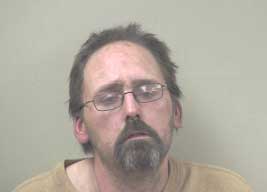 Their initial thoughts were she had overdosed on drugs, had been there awhile based on the torn-up ground around her and that sexual assault wasn’t a factor, as she had all her clothes on except for shoes and socks. However, her jeans were unzipped and low on her hips, and her shirt and sweatshirt were pulled up to expose her abdomen.

She was unresponsive to officers’ questions and physically struggled with them. Officers and paramedics did restrain her but weren’t rough with her, Wright testified.

He also pointed out there were no obvious trails through the woods where she could have stumbled or been dragged, and no disturbed areas on top of the hill.

Wright took photos of the woman at Dickinson County Memorial Hospital that showed red marks on her face, arms and legs, as well as scratches on her feet.

ergency room physician at the hospital, testified he also found the woman to be unresponsive and combative, as well as having bruises all over her body.

A urine test determined she had methamphetamine, amphetamine and antidepressants in her system, while a blood test showed she had rhabdomyolysis, which is a breakdown of muscle tissue. This can be caused by diverse factors such as trauma, an extended period of immobilization or use of amphetamines, Gulow said.

However, Gulow was unsure which factor caused the woman’s rhabdomyolysis, saying it likely was a combination of the three. Being unable to talk to her at the time due to her altered mental state, he was unable to make a definitive diagnosis.

Gulow testified on cross examination the woman’s injuries could have been caused by her stumbling down a street into a wooded area and down a hill. But he doubted she fell, since he would expect to see broken bones and possible internal bleeding with those circumstances.

The drugs in her system could have influenced her ability to walk and caused her to hallucinate, he said in response to cross examination by the defense attorneys.

Wright interviewed the woman two days later at U.P. Health Systems-Marquette, where he found her conscious but groggy and having difficulty remembering events. She denied a sexual assault at that time and was unsure of a physical assault, he said.

Wright and his fellow KPS officer, Ryan Pericolosi, also recorded on body cameras their first encounter with Clement and Parent the morning after the woman was found.

They noticed Clement had a large bandage on his right cheek he claimed was from a work-related injury. Officers never saw what was under the bandage, and Clement also refused to show them his upper arms.

Clement said he and the woman had argued the night before over his belief she was consuming methamphetamine.

She changed her clothes, took some pills and left with her purse, a house key and some of his cash, Clement said on the video footage. He claimed to not know which direction she went after leaving the house.

Clement sent the woman a text message earlier that morning but later deleted it, Pericolosi said.

Parent told officers he had been playing video games the night before when the woman came downstairs in a depressed mood, said she was sorry and left the home. He claimed to never have heard an argument between the woman and Clement, and didn’t know how Clement hurt his right cheek.

Clement seemed unconcerned during the encounter and didn’t ask how the woman was hurt when Wright mentioned it. Parent, however, did ask officers what had happened and if the woman was OK.

The prosecution will continue its case today. The trial is expected to last through Friday.