Decades of duty: Rickaby to step down after 29 years of service as sheriff 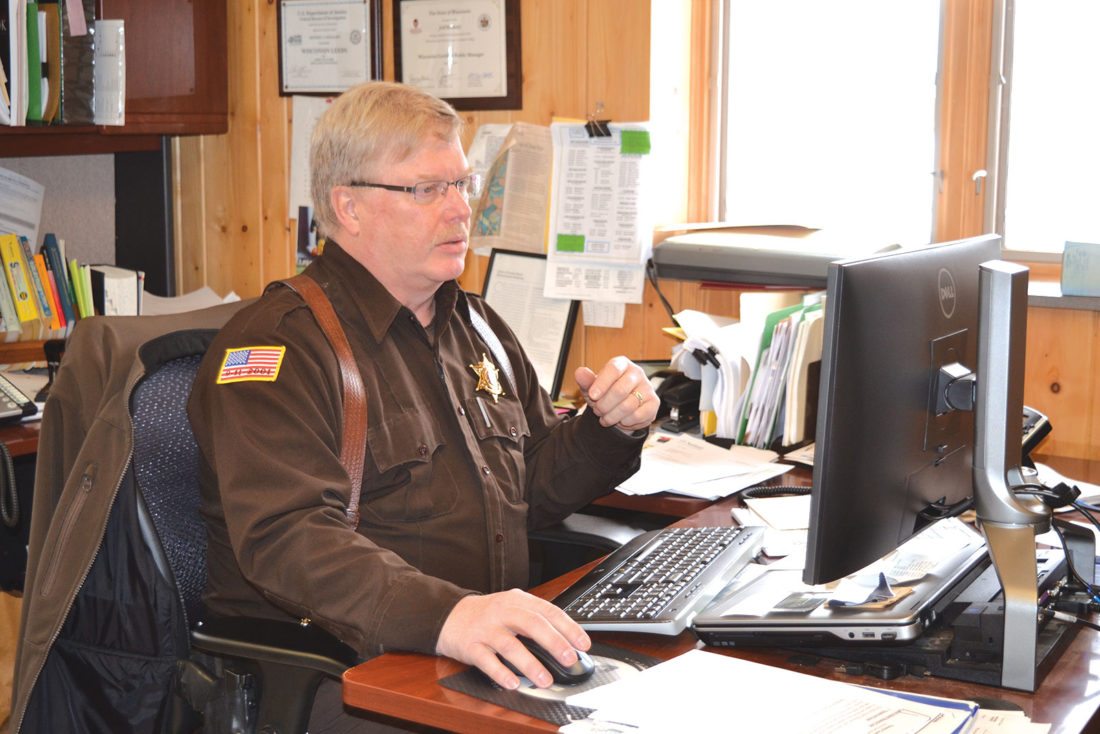 Florence County Sheriff Jeff Rickaby, pictured above in his office, will retire at the end of his term this year. He first took office in 1989, making him the current longest-serving sheriff in the state of Wisconsin. (Nikki Younk/Daily News Photo)

FLORENCE, Wis. — Florence County Sheriff Jeff Rickaby will retire at the end of the year after nearly three decades on the job, during which he oversaw changes in the county’s jail facility, 911 system, and school security.

Rickaby first took office in 1989, making him the current longest-serving sheriff in the state. Two other longtime Wisconsin sheriffs — Outagamie County’s Brad Gehring and Washburn County’s Terry Dryden, who both were elected in 1990 — also will step down this year.

“I couldn’t have done what I did over 29 years without the hard work of the people at the sheriff’s office and the cooperation of the county board,” Rickaby said of his tenure. “I’ve always enjoyed the work we do — we’re ultimately helping people.”

But he believes now is the time for someone else to step into the role of sheriff.

Those interested in the job have until 5 p.m. June 1 to declare their candidacy. Two candidates — Florence County Chief Deputy David Gribble and Aurora resident Dan Miller, a detective with the Marinette County Sheriff’s Office — already have stepped forward. 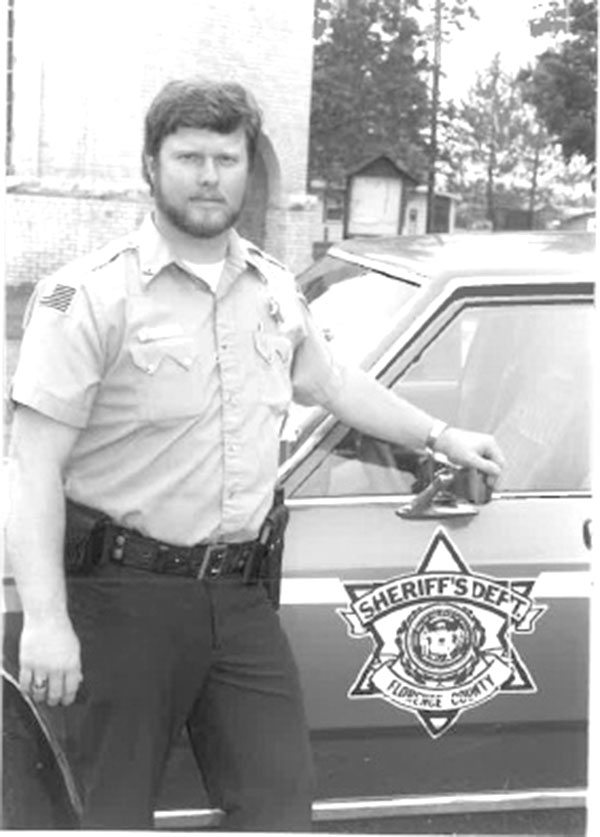 Florence County lacked its own jail when Jeff Rickaby accepted the sheriff’s position in 1989.

Former Wisconsin Gov. Tommy Thompson appointed Rickaby as Florence County’s top cop after the resignation of Sheriff Richard Koski in September 1989. Rickaby at the time was an officer with the Ashwaubenon, Wis., Public Safety Department and one of six applicants for the job.

However, Rickaby was not unfamiliar with the area, as he had a hunting cabin in Florence County.

Rickaby recalled a memorable first day on Nov. 20, 1989, when he was called to a multiple-fatality traffic accident on U.S. 2 just east of Florence. Roads were slushy that day, he said, and the pup trailer of a logging truck had swung out and hit the front of a van carrying several workers to the new Quinnesec paper mill.

While there have been difficult parts to the job, such as that accident or doing death notifications, Rickaby was quick to point out positive goals his department has accomplished.

When he started as sheriff, the county didn’t have a functioning jail or its own 911 dispatching service.

Florence County Sheriff Jeff Rickaby, pictured above in his office, will retire at the end of his term this year. He first took office in 1989, making him the current longest-serving sheriff in the state of Wisconsin. (Nikki Younk/Daily News Photo)

Florence County lacked its own jail when Jeff Rickaby accepted the sheriff’s position in 1989.

from jails in neighboring counties, Rickaby said. And Dickinson County across the border in Michigan provided all dispatch services.

A new sheriff’s department building with a 28-person capacity jail, dispatch center, and offices was completed in 2001.

“The building was designed for staff efficiency so we can run it with as few people as possible,” Rickaby said. “We want to save the taxpayers money.”

The department today has 23 staff members — deputies as well as corrections officers who do double-duty as dispatchers.

911 also has come a long way in 29 years, Rickaby said, as most emergency calls used to come from landline phones tied to a physical address. With the rising popularity of cell phones that aren’t tied to an address, dispatchers sometimes have more of a challenge in finding a caller’s location, he noted.

But a major, ongoing upgrade to the county’s 911 system soon will allow dispatchers to receive 911 messages through text and video streaming, Rickaby said.

Rickaby also made school safety a priority in his term as sheriff, putting a deputy in both the Florence Elementary School and Florence Middle and High School at certain times each school day.

“Since Columbine, we keep a close watch on the school,” Rickaby said. “It’s one of the largest areas of concern for me.”

Even in his retirement, Rickaby plans to stay active with emergency services and volunteer work. He’s president of the Aurora-Homestead Rescue Squad, a Homestead volunteer firefighter, chairman of the Northeast Wisconsin Technical College Board of Directors, and a member of the Caring House board.

Rickaby also has announced his candidacy for county coroner, a part-time position.

Overall, Rickaby said he’s been “very blessed” to serve the people of Florence County as sheriff and is grateful for their support through many elections.

“I have tried to live out the values of our agency, ‘Compassion, Honesty, and Justice,’ through the years with the goal of being a resource who can be counted on for our community,” he said.

DETROIT (AP) — The mayor of Detroit said Wednesday that the coronavirus is “starting to weaken” in ...