Schon resigns as CEO at DCHS 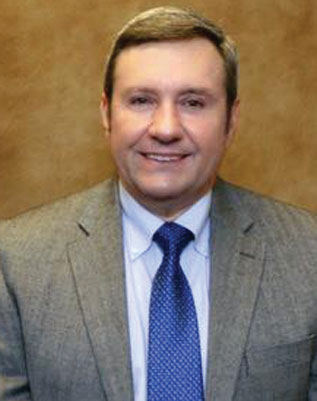 IRON MOUNTAIN — John Schon has tendered his resignation as Dickinson County Healthcare System CEO and administrator and will transition to a consulting role as the hospital embarks on its organizational restructuring, DCHS announced Tuesday night.

A feasibility study for a planned restructuring of financially troubled DCHS is expected to be presented in early December. Washington D.C.-based Venable LLC was contracted Sept. 28 to oversee a DCHS restructuring and offer a turnaround plan.

Venable LLP partner Bart Stupak commented, “Mr. Schon has been leading this health system for the past 35 years and he has done many things to improve upon and grow this organization as well as increase the health care provided in this community. We are thankful for all of his efforts.”

Venable has recommended that the DCHS Board of Trustees appoint a chief restructuring officer-interim CEO.

Stupak added, “The goal is to protect and preserve DCHS and the healthcare services that it offers to the community.”

Schon has agreed to serve in a consulting role to assist the CRO- interim CEO become acclimated to the health care system’s operations and its broader role as the area’s sole community hospital and largest employer.

Beginning Jan. 1, Schon’s role within the organization will transition as part of a post- retirement consulting agreement.

“I am glad to say that Mr. Schon has accepted an offer as a consultant to the CRO- interim CEO,” said Stupak. “His many years of health care experience and his familiarity with the organization are necessary for a smooth transition and will be a great resource moving forward,” he said.

“DCHS is taking a significant step toward enabling our health system to continue moving toward financial stability,” said Schon. “Venable, the Board of Trustees and I unanimously believe that this transition is the next step for the future of DCHS. Our goal is to maximize value for stakeholders, including, most importantly, our employees, retirees, creditors, and pensioners. The Board of Trustees, the senior management team and I would like to express our appreciation for our employees’ hard work and loyalty to this healthcare system and our community as a whole,” he said.

“DCHS exemplifies a culture of hard work, quality and compassion,” Schon continued. “Our employees embody that culture and are essential to our future success. I look forward to the next chapter in my and my family’s life. I want to thank the employees of DCHS, both past and present, for the incredible job they did and continue to perform on a daily basis even during times of uncertainty, unparalleled challenges, and an ever-changing health care environment. It is the rank and file employees of DCHS that have earned our hospital the top rankings and awards. The teamwork and dedication of DCHS employees will ensure the continued success of this organization and the delivery of award-winning healthcare services,” Schon concluded.

Some members of the Dickinson County Board also had called on the DCHS Board of Trustees to consider firing Schon, although that pressure subsided with the hiring of Venable.

Previously, DCHS was prepared to explore Chapter 11 bankruptcy after two potential buyers of the hospital pulled away.