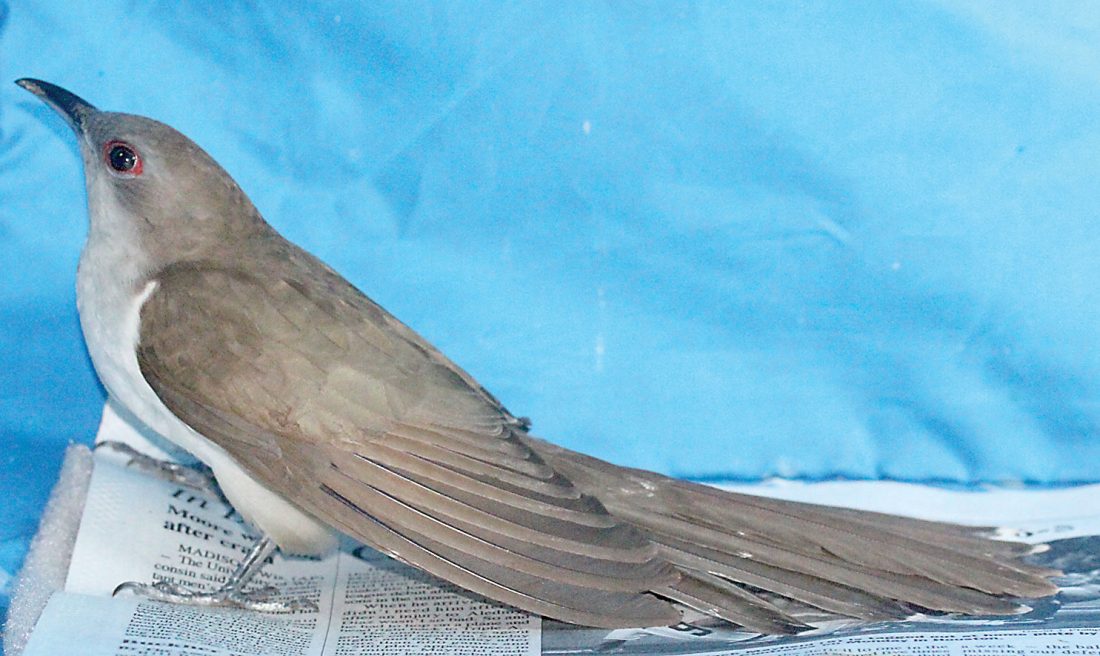 An injured black-billed cuckoo, recuperating with wildlife rehabilitator Diane Allbaugh of Kingsford, may be ready to return to the wild within a week. (Theresa Proudfit/Daily News photo)

Journalists are told not to become part of the story. But it’s tough to avoid getting involved when a bird bounces off your vehicle.

Tuesday is pizza night. So I’m winding down M-69 on the drive home, radio playing, take-and-bake pizza in the back seat.

And out of nowhere, something loudly thunks like an arrow into the side of my SUV.

In my rear-view mirror, I see a feathered figure face-planted on the pavement, tail pointed skyward.

I’m sure it’s dead, neck broken, even as I’m turning around to see what it was.

First, kudos to whoever passed by as I went back. Whether you maneuvered around or unknowingly passed over the prone bird, it still was a minor miracle you missed it.

Second, the bird surprisingly is alive, dazed, on its belly in the middle of the road. It also, surprisingly, is a black-billed cuckoo, an uncommon species I’ve never knowingly seen before.

I pull over, put on the emergency flashers and grab a cloth grocery bag from the back seat. Vehicles are coming from both directions on M-69 as I try to snatch up the bird, which proves to be more mobile than expected, flopping out of my grasp.

Finally, I manage to scoop it into the bag and scramble out of the road. I wonder what the westbound driver thought as he or she passed by. The bag has no seal, so I use a mobile cell phone charger cord to tie it off. Yup, MacGyver has nothing on me.

And luckily for the bird, I do know a wildlife rehabilitator. Phyllis Carlson advises I place it in some kind of container, draped with a towel like a parrot cage, in a quiet and secure place for the night. Tucked away in a cat carrier on the enclosed porch, the bird makes not a sound.

When it remains alive Wednesday morning, I take it to the office, to be turned over to Carlson. She reports later in the morning that — again a surprise — the bird has no signs of head injury, nor any broken bones. It does have a drooping wing that might indicate a bruise that could slow up flying enough to make it vulnerable to predators.

It now is with another wildlife rehabilitator, Diane Allbaugh of Kingsford, who specializes in songbirds.

While I feared the bird would be stressed by the whole ordeal, it seems to be treating its time in captivity like a stay at a spa. It has gobbled up all food offered, appears comfortable and likely will be ready to release in a week, when it’s had enough time to heal and fatten up a bit.

One last, odd wrinkle: It laid an egg in the food dish in its enclosure, something Allbaugh said “was a first for us.” The Old World common cuckoo is known for slipping eggs in other birds’ nest, like our cowbirds, but that’s rare for the black-billed cuckoo, according to the Cornell Lab of Ornithology’s All About Birds online guide at www.allaboutbirds.org.

Allbaugh described the egg as in rough shape and “not viable,” probably due to the collision and other trauma, so most likely the bird just expelled it.

The black-billed and the similar yellow-billed cuckoo both are beneficial birds, known for targeting caterpillars, especially tent caterpillars and webworms. They eat so many of the spiny type that spines end up sticking to the stomach lining, which it then sheds and coughs up like an owl regurgitating a pellet, according to Cornell.

Cuckoos can be numerous in years when prey is abundant, but tend to remain hidden, so more often will be heard rather than seen. They are sometimes referred to as “rain birds” or “rain crows,” Carlson said, because they will call in response to loud noises, such as thunder, so seem to be heralding the coming rain.

This year does not appear to be prime caterpillar conditions for cuckoos — Ryan Brady of the Wisconsin Department of Natural Resources says he’s seen average to below-average numbers of the birds in the Ashland area of northern Wisconsin — yet this is the third cuckoo that has ended up with an area rehabber this summer.

Strictly speculation on my part, but I wonder if fewer caterpillars might be forcing the cuckoos to range more widely in search of food, bringing them into contact with hazards such as passing vehicles — all three cuckoos turned in so far this year have been suspected or, like mine, confirmed collisions with vehicles, Carlson said.

I’ve been told I can release the bird back where we first met when it’s ready. I look forward to being able to do that. 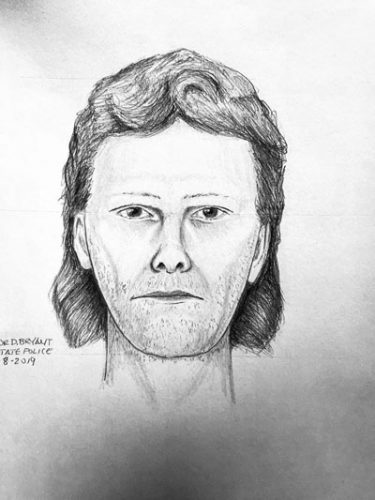 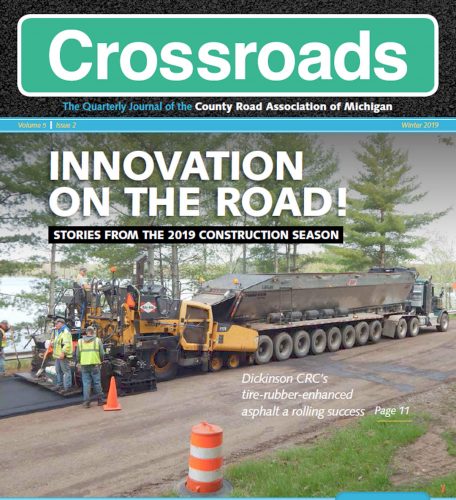