DCHS in final stages to apply for federal loan 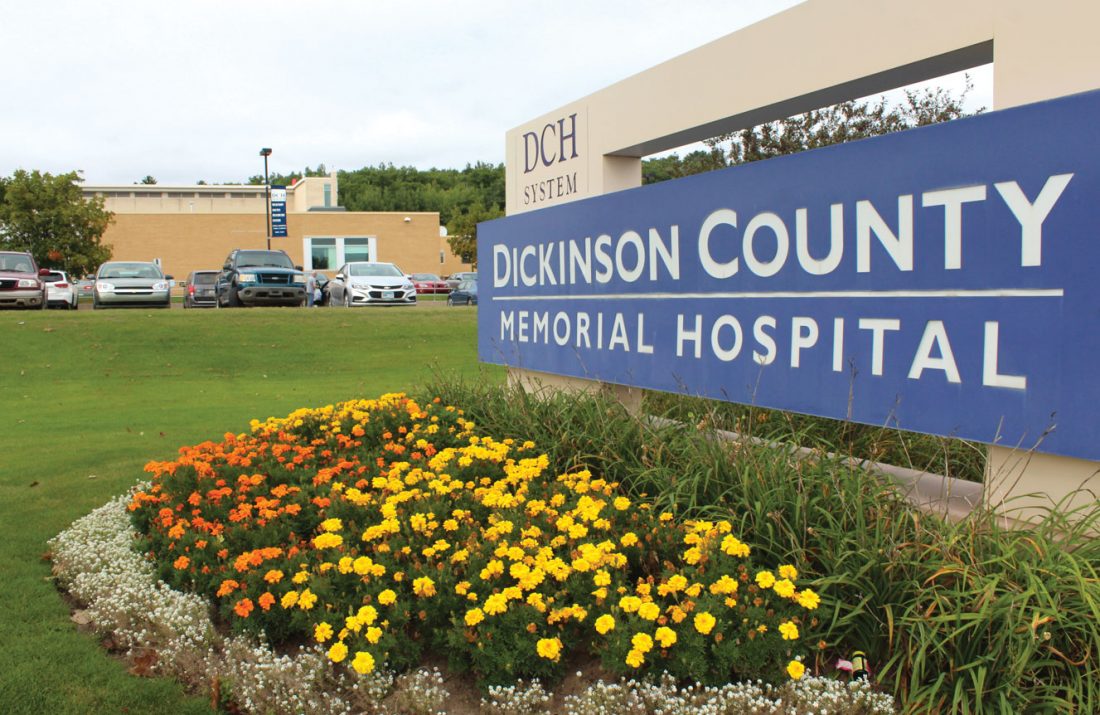 IRON MOUNTAIN — Officials with Dickinson County Healthcare System sounded confident Wednesday they will be able to secure a $25.65 million federal loan to repay existing debt and fund needed equipment and buildings upgrades at the hospital complex.

DCHS had a public hearing Wednesday afternoon on seeking the U.S. Department of Agriculture Rural Development loan after submitting its application July 19.

Bart Stupak, a former U.S. House representative for the Upper Peninsula and northern Michigan who now works for Washington D.C.-based Venable LLC that was hired as a consultant, said in about three decades of working with the federal government on such applications, this one has drawn the fewest questions.

The Iron Mountain health care provider will need to have that loan at least tentatively approved by the end of September to meet its debt obligations, Stupak told the crowd of about 30 people at Dickinson County Memorial Hospital.

To do that, the state USDA must forward the application to Washington D.C. for consideration by the end of the month, Stupak said, later adding the hope is it will be sent by Aug. 23.

Jason Allen, the state director for the USDA Rural Development, was at DCHS on Tuesday to meet with hospital officials and the hospital board about the loan, Stupak said.

Of the $24.65 million sought, $9.875 million is to refinance a term loan with Fifth Third Bank. The rest is mainly for equipment, technology and some facility work, including a new roof.

All of the federal lawmakers connected with the region — U.S. Rep. Jack Bergman of Watersmeet, along with both U.S. Sen. Gary Peters and Debbie Stabenow — have signed on in support of the loan, with about a dozen letters filed in total as part of the 587-page application, Stupak said.

It also has helped DCHS’s cause that the hospital has operated in the black for much of the year, though it posted a $245,000 loss in June. But Jerry Worden, interim chief financial officer, said figures for July would be positive again.

Through June of this year, the hospital reported operating income of nearly $1.4 million after posting losses totaling about $21 million over the previous three years.

Kevin Pirlot, a Dickinson County commissioner, asked whether the hospital would be able to remain open should the loan be denied. Both Stupak and Worden were doubtful.

“I think this loan is critical for our future success,” Worden said. The equipment upgrades, in particular, will be pivotal in the hospital continuing to cover costs and remain sound financially, he said.

In addition to the $9.875 million needed to take a Fifth Third Bank loan off the books, the proposed USDA loan includes —

— $3.24 million to replace a linear accelerator for radiation oncology;

— $4 million for upgrading other essential equipment;

The 25-year loan, with a projected interest rate of 3.5%, would have an annual debt service of about $1.49 million.

Henry Wender, chairman of the Dickinson County Board, said Wednesday that county commissioners will vote later this month on allowing county-owned property at DCHS to be placed in escrow as collateral for the federal loan.

Under a 1994 deed, the county agreed to lease the U.S. 2 site to DCHS for a century at the nominal rent of $1 per year but retained title to the property and buildings. Although DCHS is legally tied to the county as a subsidiary unit, taxpayers have no financial liability should it fail.

Still, “I think we all got to buckle our belts, do everything we can to help them survive,” Wender said of the hospital.

DCHS was prepared in September 2018 to explore Chapter 11 bankruptcy before Washington D.C.-based Venable LLC was hired to oversee a restructuring and assist in a turnaround plan. Stupak said Wednesday that bankruptcy likely would have been the end of DCHS.

DCHS had eyed bankruptcy after Green Bay-based Bellin Health backed out of acquiring the hospital in May 2018 despite pursuing the idea for nearly six months. When Bellin signed a letter of intent in December 2017 to purchase the hospital, the estimated cost was $40 million to $50 million, but projections climbed as operating losses continued and unfunded pension liabilities were finalized.

Stupak reported in October that, apart from its unfunded pension liabilities, DCHS had an estimated $2.7 million in assets above its debts. The pension fund, meanwhile, with assets of about $40 million, is at a pre-funded level of about 70 percent.