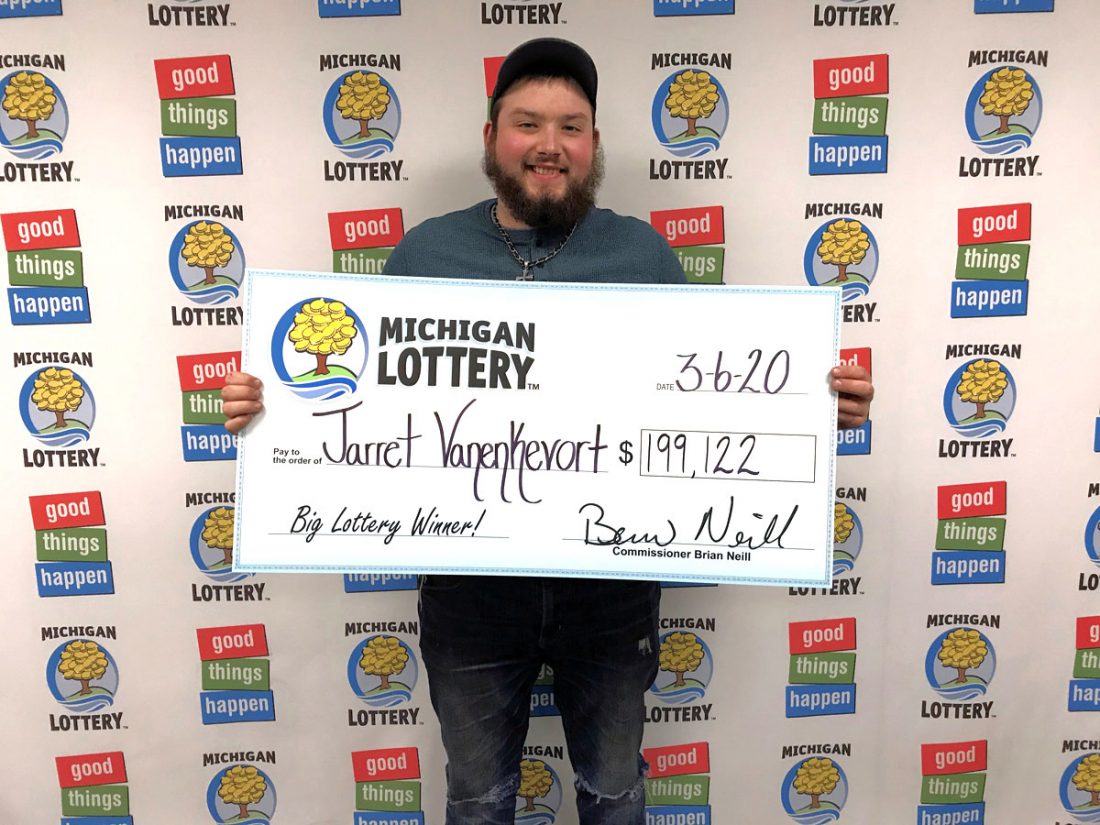 LANSING — Listening to a friend really paid off for a 19-year-old Upper Peninsula man who won $199,122 playing the Michigan Lottery’s 50X The Cash Fast Cash game.

“My buddy and I were in the store and he bought a 50X The Cash ticket and lost,” said Jarret Vanenkevort. “I asked him what game I should try, and he told me to buy a 50X The Cash ticket. I listened to his advice, and the next thing I know, I’m staring at a ticket worth almost $200,000!”

Vanenkevort, of Bark River, bought his winning ticket at White’s Grocery, located at 4203 U.S 2 in Escanaba. Bark River is about 12 miles west of Escanaba.

“My buddy couldn’t believe I won the jackpot, and neither could anyone else,” said Vanenkevort. “It’s taken a lot of convincing when I tell people I won. My grandpa still thinks it might be fake.”

Vanenkevort visited Lottery headquarters recently to claim the big prize. With his winnings, he plans to buy a new truck and then save the remainder.

Fast Cash games are a series of instant-win games that print from terminals at Lottery retailers. Fast Cash tickets range in price from $2 per play up to $20 per play.