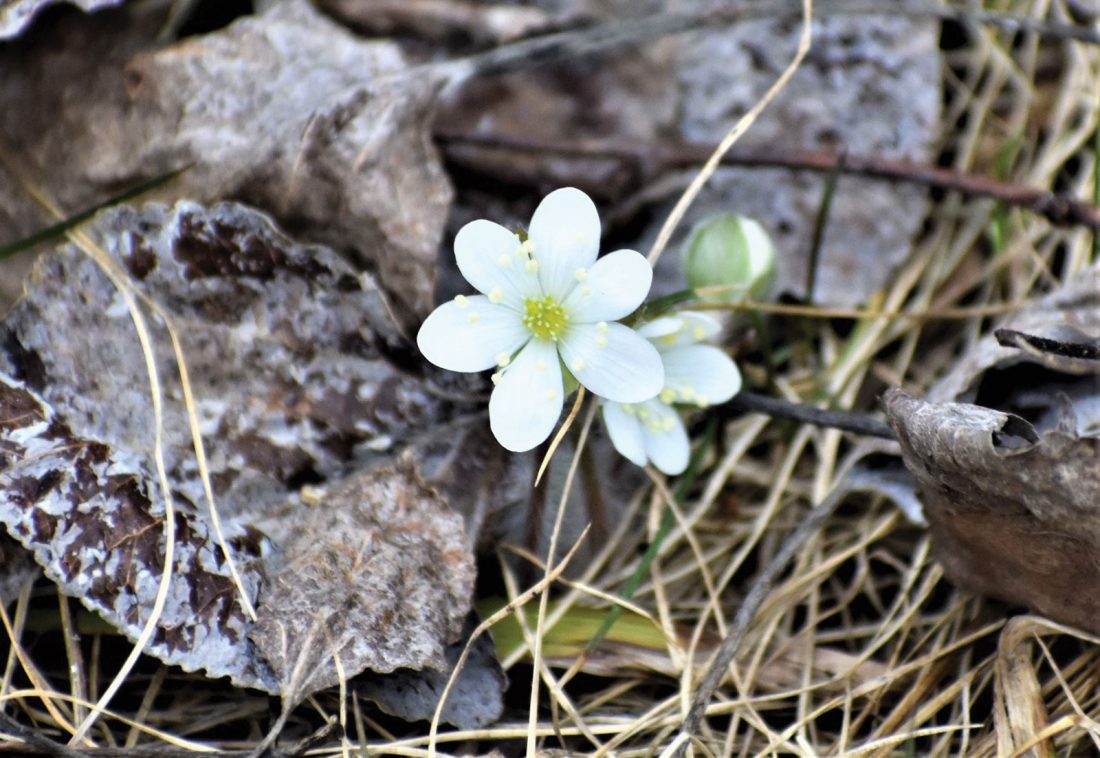 Bloodroot is one of the region’s first forest wildflowers in the spring, often appearing on exposed ground not long after snow has receded. Each flower remains open only a few days, long enough to be pollinated. Bloodroot — so named for its red sap — does not produce nectar but is considered a good early pollen source for bees emerging after spending the winter tucked away. Ants also play a role in propagating the bloodroot by taking its seeds back to the nest, eating a portion called an elaiosome, then putting the seed in nest debris where they germinate, according to botanists.