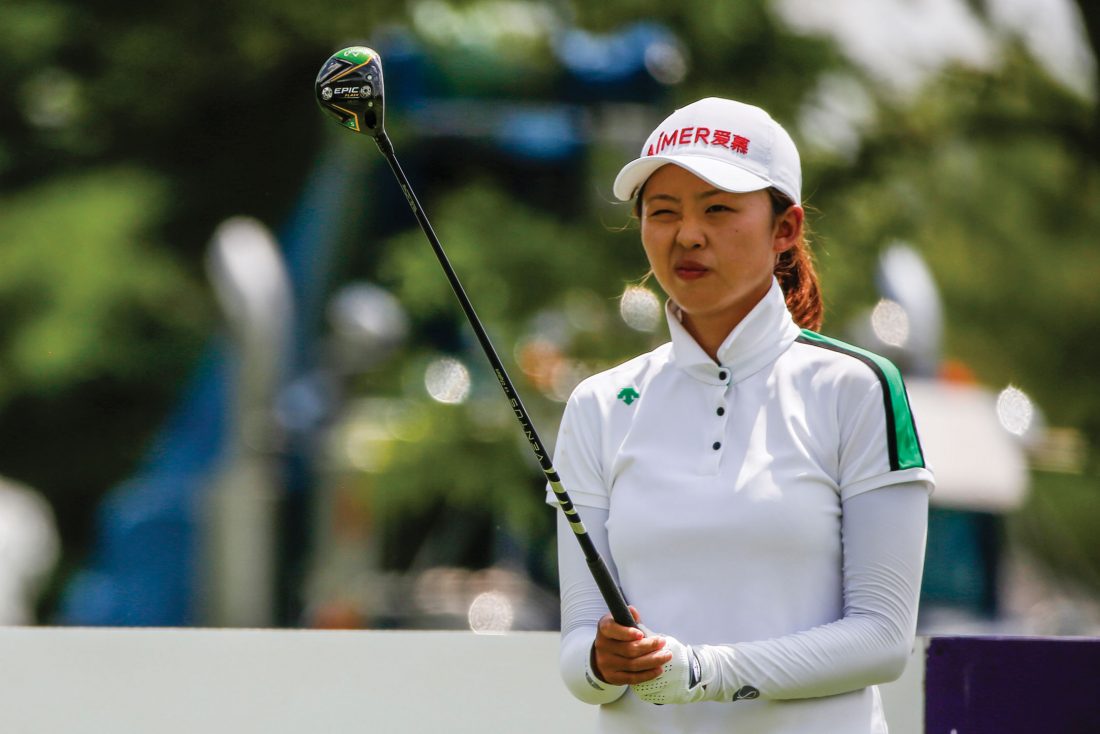 Chris Kohley/The Post-Crescent Photo via AP | Simin Feng of China lines up a shot during the first round of the Thornberry Creek LPGA Classic golf tournament Thursday in Oneida, Wis.

ONEIDA, Wis. (AP) — One year after Yu Liu shot her lowest round on the LPGA Tour at Thornberry Creek of Oneida, she tied the course record with a 10-under 62 for a one-shot lead in the Thornberry Creek LPGA Classic.

“I really like the golf course, apparently,” Liu said. “So it’s just nice to be out here. Just great vibes.”

It was nice for just about everyone on a rain-softened course in which nearly half of the 140-player field shot in the 60s. Liu, a 23-year-old from China, had a one-shot lead over Jeongeun Lee and Yealimi Noh, who only got into the tournament through Monday qualifying.

Sung Hyun Park, who won last week in Arkansas to return to No. 1 in the world, opened with a 65.

Liu started on No. 10 and shot a 30 on the back nine, including an eagle on the par-5 13th hole. She thought her score could have been lower, especially after failing to birdie two of the par 5s, including her last hole at No. 9.

Even so, she did what was required on a course that felt like target practice.

“It was playing pretty soft, so it takes a lot of the pressure off for the approach shots because you know where you land is pretty much where you’re going to finish,” Liu said. “So not much calculation was needed. I was just hitting it pretty solid.”

It wasn’t easy for everyone, particularly Presley Cornelius.

Cornelius is an amateur from Wisconsin and an Oneida Tribal member who was given a sponsor exemption. She made only three pars, had no birdies and finished with a 96. The LPGA Tour no longer has the “88 Rule” that banned players from competition for a year if they are not LPGA Tour members and fail to break 88.

According to www.wisconsin.golf, the Oneida Nation first gave Cornelius a spot in the Monday qualifier, and then gave her an exemption when a spot came open.

Sei Young Kim won the tournament last year at 31-under 257 for a nine-shot victory, so low scoring at Thornberry Creek is nothing new.