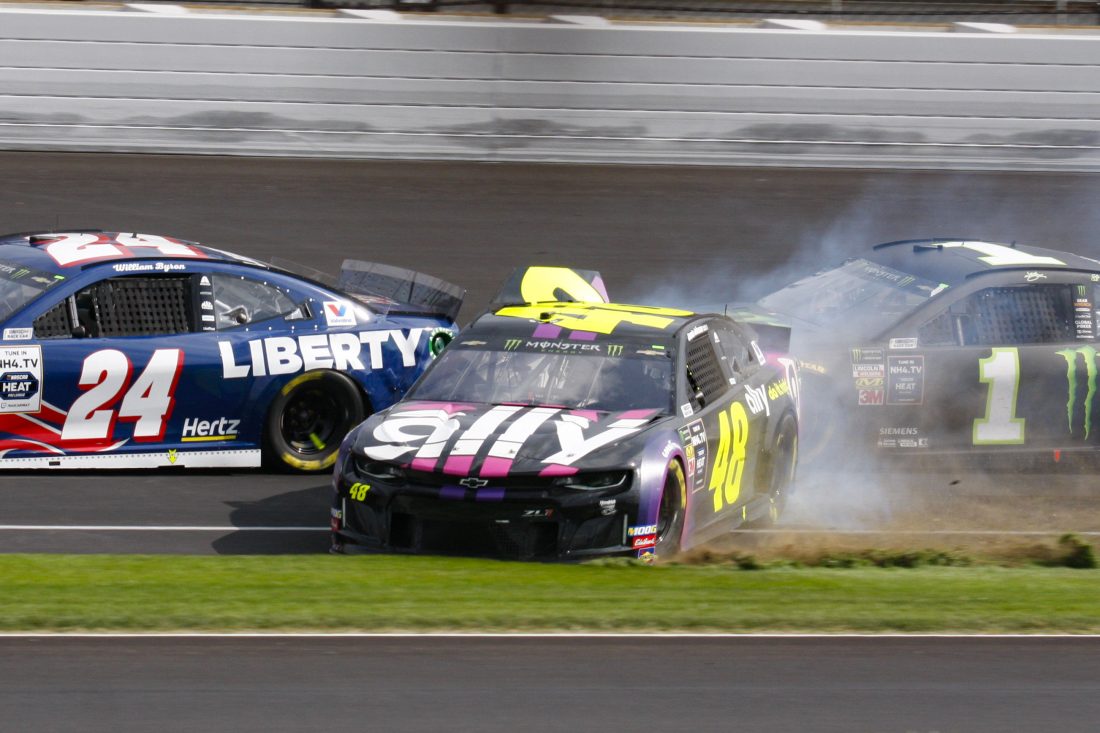 INDIANAPOLIS (AP) — Jimmie Johnson drove through pit road with his rear bumper dangling off the back, already aware of the consequences when he parked the car.

His chance at ending a 27-month victory drought with a record-tying fifth Brickyard 400 win gone. His quest for a record-breaking eighth series put on hold. And his distinction as the only driver to make every NASCAR playoff since it was adopted in 2004 was history, too.

An almost flawless run Sunday by Kevin Harvick ruined any chance Johnson had of executing his win-to-get-in strategy, and when he hit the wall in the second turn with 55 laps to go at Indianapolis Motor Speedway made it official: Johnson would miss the playoff for the first time.

“Damn, oh, what a bummer and a letdown,” he said on a Twitter post. “I promise you (my fans) we will finish this season strong and be a threat next year in 2020. I just want to thank you for all being there, for your support. Chasing eight will have to wait till next year.”

But for Johnson, it has been a second straight tough season.

His only victory in an exhibition race in February. He endured two major changes in his pit box, the first coming at the end of last season when Hendrick Motorsports announced Johnson’s longtime crew chief Chad Knaus would be paired with William Byron. In July, Johnson’s team made another change.

Yet, somehow he still entered Sunday two spots and 18 points below the postseason cutline and started the third stage 12 points out.

But with Byron and Johnson running side-by-side off a restart, Johnson’s back end spun, sucking him up the track and into the path of Kurt Busch. Both Chevrolets slammed hard into the wall, starting an eight-car melee.

With Johnson out, Clint Bowyer held onto the 15th spot in the 16-car field. And Ryan Newman broke a tie for the final spot with Daniel Suarez and put the No. 6 Ford in the playoffs.