There has to be something in the water in Crystal Falls 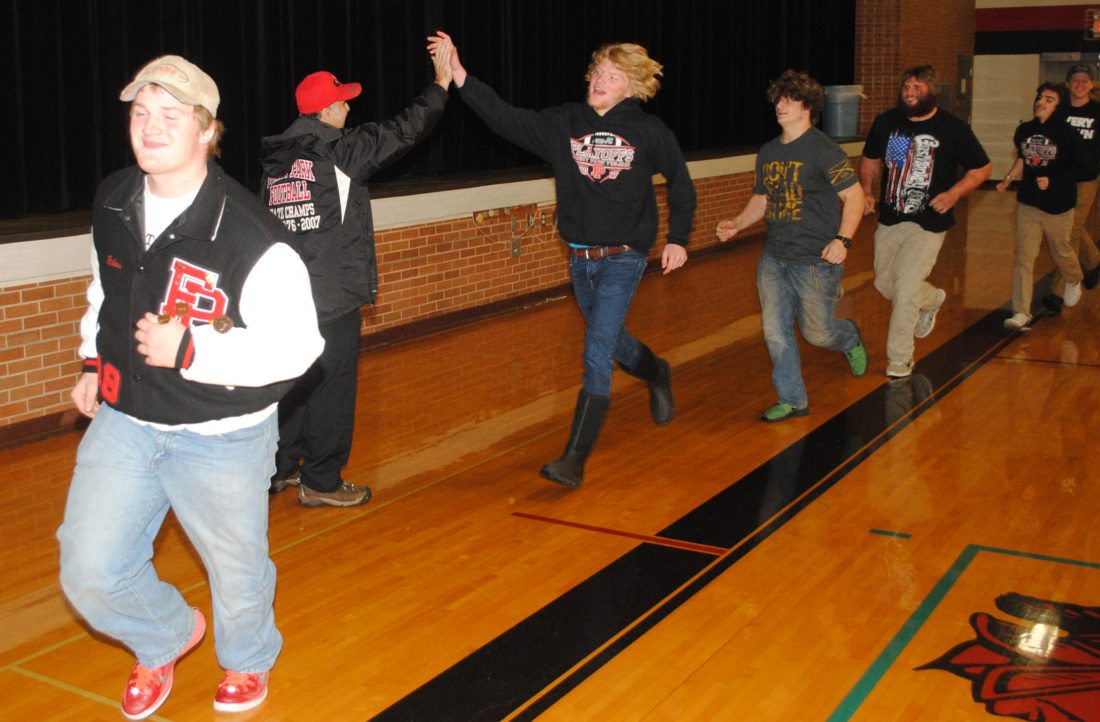 HOUGHTON — As long as I can remember, the name Crystal Falls has struck terror in the hearts of Upper Peninsula sports teams.

And I’m not just talking about the rich football heritage down in Iron County.

Crystal Falls added another feather to its cap by capturing the eight-player football state championship this past weekend at the Superior Dome.

Perhaps the most amazing thing about the Trojans 54-12 rout of downstate Portland St. Patrick was the fact that they didn’t attempt a single pass in the title game.

In a sport in which the pass plays a major part in the offense, Forest Park didn’t need to put the ball up once.

Come to think of it, when they were dominating 11-man football circles for decades under coaching legends Dick Mettlach and Bill Santili, the Trojans simply put the ball into the hands of a talented running back and let him do the work.

Lake Linden-Hubbell coaching great Ron Warner once said you always knew what was coming when you played FP.

“Stopping them was another question,” Warner said, although his teams had as much success as any school in the U.P. doing that.

Many observers were shocked when CFFP decided to go to eight-person two years ago.

Personally, I felt that last year’s Trojans would have made a deep run in the 11-player playoffs. They had that much talent on hand.

But the school board decided that dwindling numbers in the lower grades would make playing the traditional game a large task.

Basketball is another sport the Trojans have made their mark on over the years.

Obviously, the same players who excelled in football were often good enough athletes to switch to the hard court with success.

The mystique of Crystal Falls in sports was another reason they filled their trophy cases in boys and girls sports.

“I think any time you play them (Trojans) in anything, you’re down a few points before the game even starts,” late Dollar Bay High coach Jim Bronczyk once told me.

While Bronczyk did establish a winning tradition at DBHS, he never could quite reach the level of his long-time foes.

Maybe, they should check the water down that way. That has to be another reason for that kind of success, besides good athletes and stellar coaching.