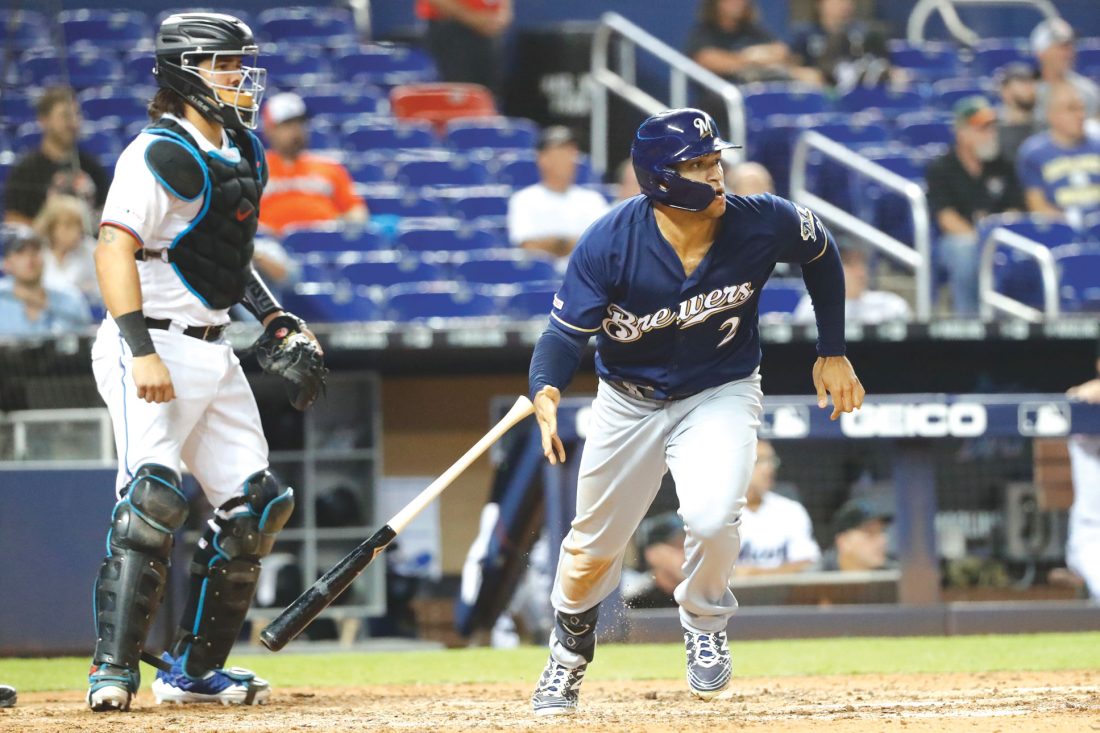 MIAMI (AP) — Rookie Trent Grisham is enjoying being part of a race for a postseason berth.

Grisham had a career-high five hits and drove in two runs, and the Milwaukee Brewers won their fourth straight, 8-3 over the Miami Marlins on Monday night.

“He plays with a smile on his face, but he’s a competitive person,” Brewers manager Craig Counsell said. “He’s done a nice job. You get five hits in a big September game and lead the offense from a rookie, that’s as much as you can ask.”

Milwaukee moved within six games of idle first-place St. Louis in the NL Central. The Brewers remain two games out of the second wild-card spot occupied by the division rival Chicago Cubs.

“It’s a lot of fun, exciting for sure,” said Grisham, who joined the team on Aug. 1. “All of the guys made me feel like I’m part of the team and go and just help compete with them on this run.”

Brewers catcher Yasmani Grandal hit a two-run homer and Lorenzo Cain had three hits and knocked in a run for the Brewers in a game that lasted 4 hours, 8 minutes.

“It was a long game and to keep your focus and concentrate and put up zeroes on the pitching-side, (Grandal) is going to be a little exhausted tonight for sure, but the way he’s swinging the bat we need him in there,” Counsell said.

The game featured 15 pitchers who combined for 14 walks. The Marlins loaded the bases in four innings while the Brewers did it three times.

“It was the next guy up to get out of a jam and clean up some messes,” Counsell said.

Grisham grounded out to lead off the game before recording hits in each of his next five at-bats, including a double and a triple. Needing a homer for the cycle in the ninth, he blooped a single to left-center.

“It’s still the same approach I had the whole game, just do damage, try to get a good swing off, and have another good at-bat,” Grisham said.

The Brewers led 4-3 before breaking the game open with a four-run seventh.

Grisham hit a two-run triple before Grandal went deep, his 26th homer this season. That’s one short of his career high.

“The four-run inning took the sting out of us,” Marlins manager Don Mattingly said. “That kind of took the wind out of our sails it seemed like.”

“Matt has done a really good job of coming in those situations for us and he was big tonight,” Lyles said.

The Brewers got two runs in the first inning off Robert Dugger (0-2). Cain singled with the bases loaded and Cory Spangenburg followed with a run-scoring groundout.

Pinch-hitter Ryan Braun hit a sacrifice fly in the sixth to push the lead to 4-1.