Round one to the Flivvers 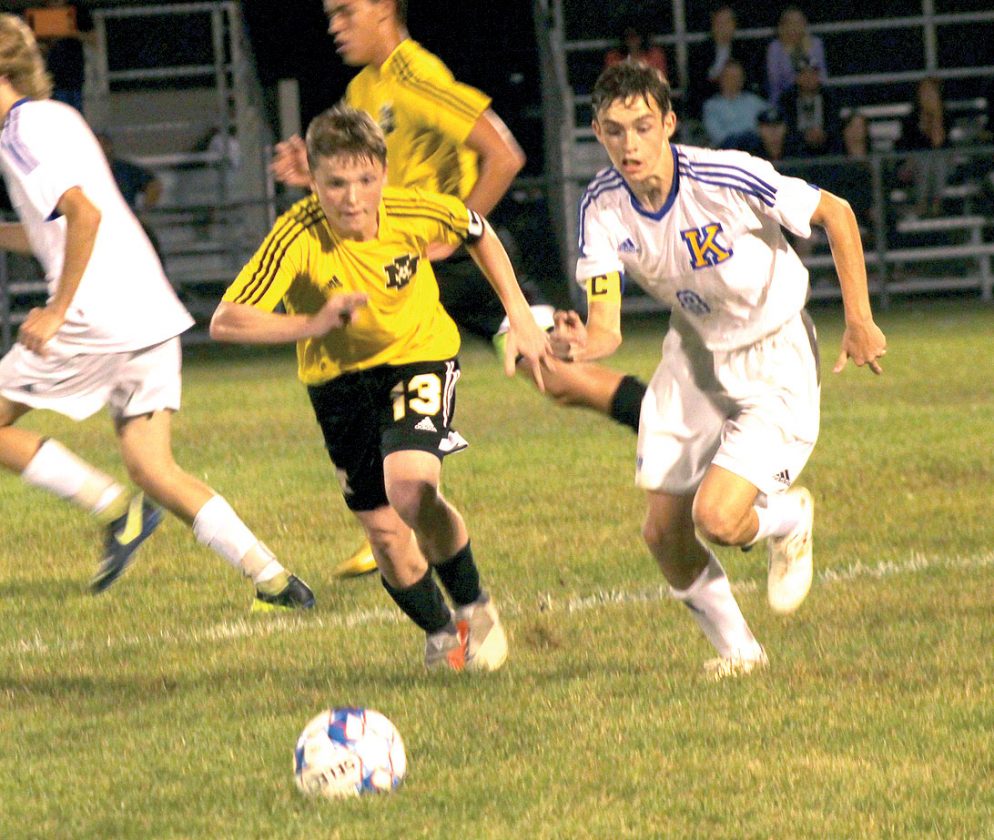 KINGSFORD — Three goals from Dan Hellman and a pair by Ben Backlund helped Kingsford improve to 6-1 on the boys soccer season, as the Flivvers topped rival Iron Mountain 6-2 Tuesday afternoon at Commemorative Field.

“Our games are getting more solid because of the teamwork our team is displaying,” Flivvers coach Jeff Gordon said. “Iron Mountain is a good opponent and it was a good win for the us.”

Hellman had Kingsford’s first goal, stealing a pass from the IM goalie and cashing in to even the game 1-1. He added Kingsford’s third goal on a header off a corner kick by Kobe Gordon. Hellman connected for a third time taking a pass from Gordon through two defenders for an eight-foot shot to the back of the net.

Backlund scored on a 15-foot shot after a pass from Lucas Bolda that made the score 2-1 in the first half. He also buried the Flivvers fourth goal after Gordon picked an Iron Mountain defender and passed to Backlund for a 17-footer.

Gordon added Kingford’s final tally, taking a pass from Nathan Arndt before driving through the defense for the shot.

After an early miscue, Coach Gordon said his defense rose to the occasion.

“Our defense reset and played outstanding for the rest of the game,” he said.

David Juul had a second-half goal for Iron Mountain. IM’s first marker scored by Tyler Bengtson on a sequence from Adrian Vicenzi and Wyatt Richter gave the Mountaineers the early lead just minutes into the match.

The score tonight was no reflection on how the game actually went based on the effort put forth by both teams,” Mountaineers coach Joe Pacheco said. “The spirit of soccer in Iron Mountain is alive and I want to foster that. I want my players on the field, everyone gets in the game.”

The Flivvers host Escanaba Thursday at 5 p.m. A rematch with the Mountaineers is set for Monday, Sept. 23, which is the next action for Iron Mountain.