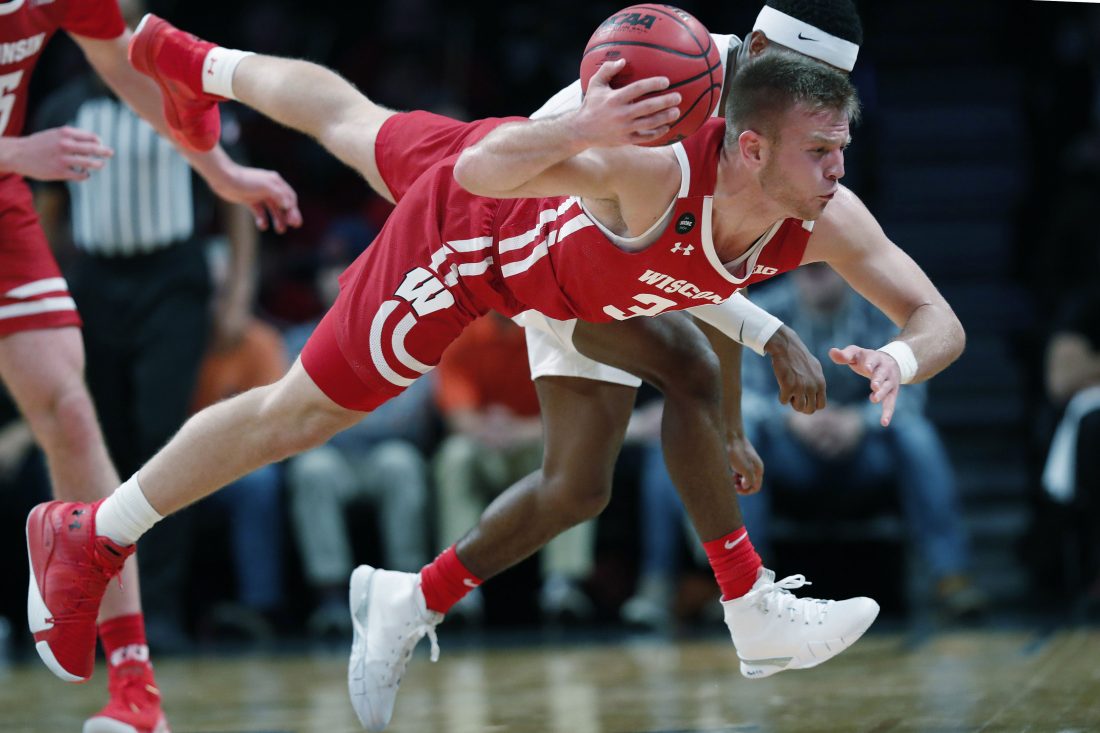 AP Photo Wisconsin’S Brad Davison tries to pass to a teammate as he falls to the floor during the second half against Richmond in the Legends Classic on Monday.

NEW YORK (AP) — To hear Chris Mooney, his Richmond Spiders spent the days and weeks and months after their 2018-19 season came to an end working on defense and toughness.

And in a gym on the corner of Flatbush and Atlantic Avenues in Brooklyn, New York, the results of that work borne out.

“(We) just had a strong will and toughness about us,” Mooney said after Richmond topped Wisconsin 62-52 in the first game of the Roman Legends Classic Monday night at the Barclays Center. The Spiders will meet Auburn in the championship Tuesday.

The second all-time meeting between the Big 10 and A-10 programs would not have been out of place at any of New York City’s playgrounds, as both teams played unyielding defense. Wisconsin held Richmond to 35.3% shooting from 3 (6 for 17), while the Spiders limited the Badgers to 34% from the field (17 for 50).