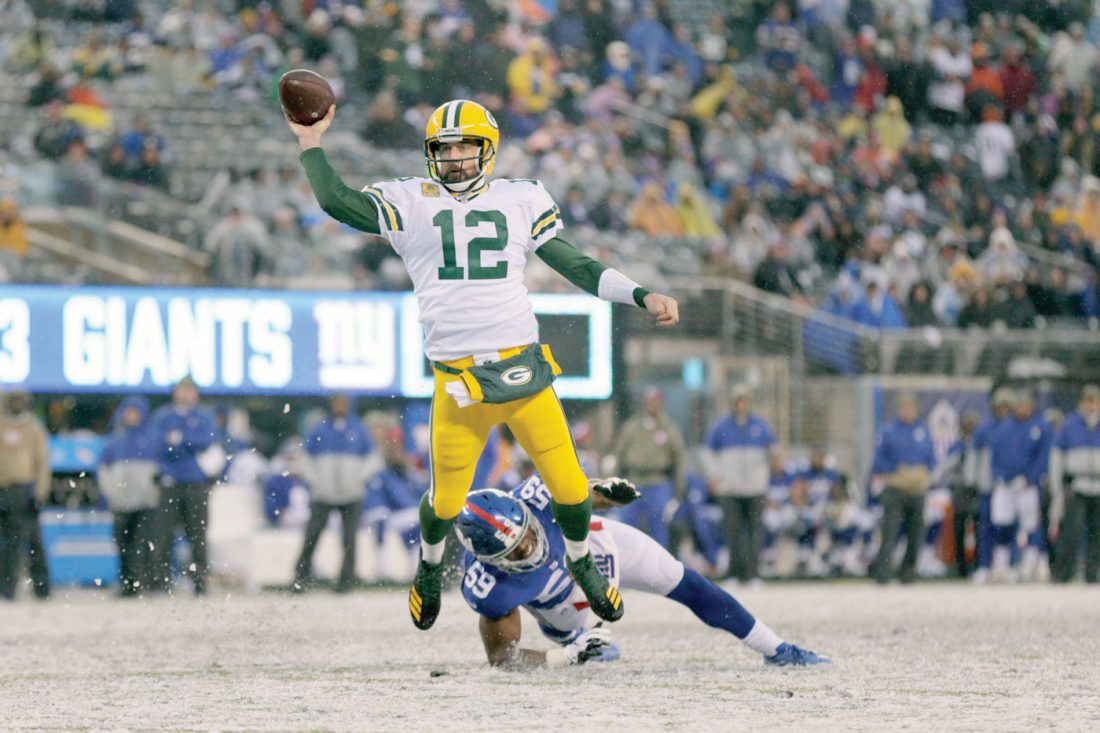 EAST RUTHERFORD, N.J. (AP) — The Green Bay Packers had everything they needed to bounce back from a dismal West Coach performance: Lambeau Field weather on the road, a struggling young opponent and, of course, Aaron Rodgers.

Rodgers threw four touchdown passes in the snow and the Packers (9-3) rebounded from an embarrassing 29-point loss to San Francisco and beat the New York Giants 31-13 Sunday.

“I loved the conditions,” said Rodgers, who was 21 of 33 for 243 yards and no interceptions on a slippery, snowy day at MetLife Stadium. “I admit I was a little worried that it might be more rain than snow. When those big flakes were falling down, I felt pretty good about our chances.”

Rodgers hit Davante Adams on touchdown passes of 8 and 17 yards, found a wide-open Allen Lazard for 37 yards and capped the performance with a 1-yarder to Marcedes Lewis. The Packers also intercepted rookie Daniel Jones three times, with the picks setting up 10 points.

The loss sent the Giants (2-10) to their eighth straight loss, their worst skid since 2004.

“It’s tough to lose and no one likes to lose,” said Jones, who was 20 of 37 for 240 yards, including an 18-yard touchdown pass to Sterling Shepard. “Through it we have been able to stick together and keep working each week. We have to maintain that focus.”

Aldrick Rosas added field goals of 27 and 45 yards for New York, which has a 7-21 mark since Pat Shurmur took over last season.

A light snow started falling before game time and it quickly covered the field, forcing work crews to shovel the yardage lines during breaks. It also made it look like Wisconsin, and the Packers had no problem in beating New York for the third straight time.

“We feel like we should win a game like that against that opponent,” Rodgers said. “They’ve been struggling this season. You still have to go out and execute. They get paid, too. There’s a lot of pride on that football team and a lot of good players. It was important for us to get a good road victory in a game that you all expect us to win, and that we expect to win.”

The last time was in the NFC wild-card game in January 2017. Rodgers also threw four touchdown passes in that one, a game that started New York on a three-year run that has seen it win 10 games and change coaches and general managers.

The Packers scored the first three times they had the ball, with the first two drives ending on touchdown passes by Rodgers. The first covered 8 yards to Adams and the second was the strike to Lazard on a crossing pattern.

In between the scores, Jones had an 18-yard touchdown pass to Shepard, who recently missed five games with his second concussion of the season.

Kevin King, beaten on the Shepard catch, got revenge quickly, intercepting Jones’ pass at the Green Bay 36. It set up a 47-yard field goal by Mason Crosby and pushed the lead to 17-7 early in the second quarter.

Rosas added a 45-yard field goal midway through the third quarter to cut the deficit to four points.

Rodgers responded, leading a 14-play, 75-yard march. It ended with him taking a quick snap with the Giants having too many defenders on the field and finding Adams in the end zone for a 24-13 lead. New York never got close again. 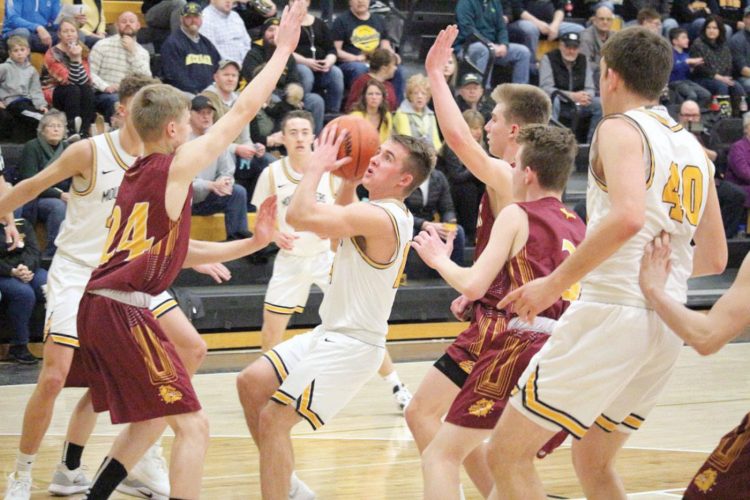 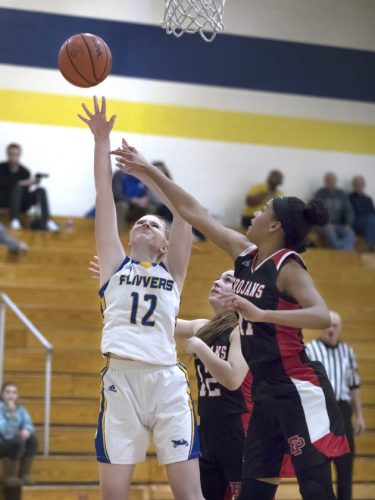