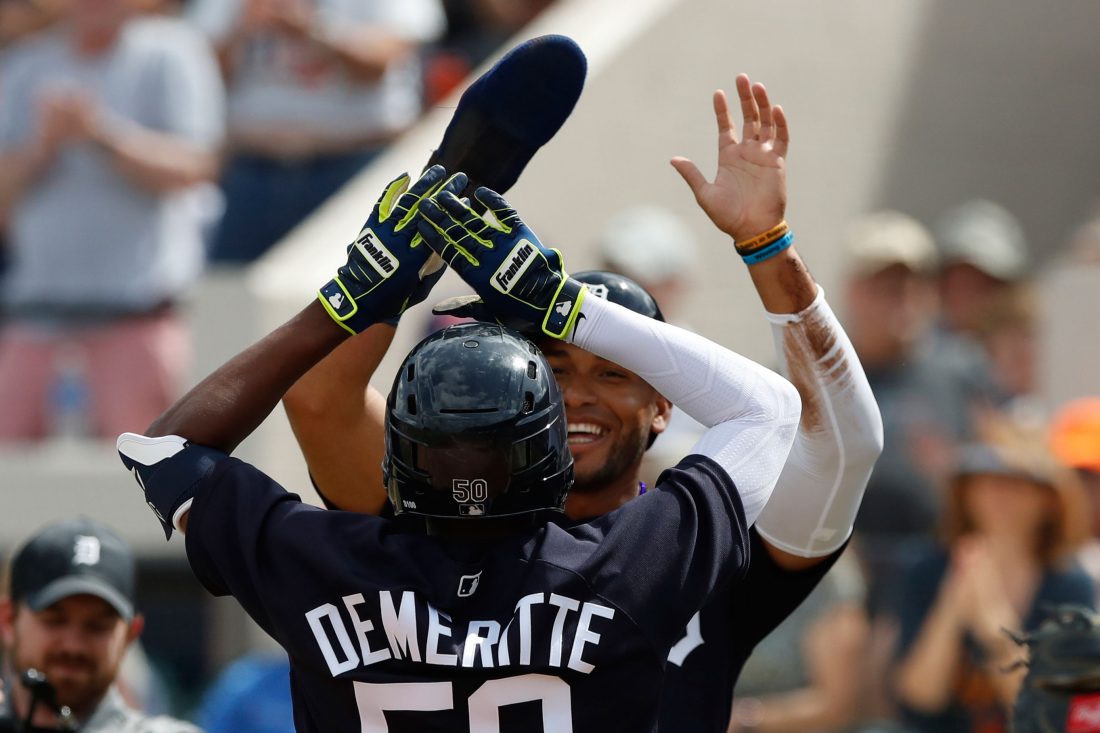 LAKELAND, Fla. (AP) – New York ace Gerrit Cole gave up homers on consecutive pitches to Detroit’s Travis Demeritte and Miguel Cabrera in the first inning, then did it again in the second, in the Tigers’ 15-11 win. Cole did not surrender back-to-back home runs last season, and the last player to homer twice in the same game against him was Lucas Duda in 2017. Kyle Higashioka homered twice for New York.

Yu Darvish, the scheduled Cubs starter, was scratched due to a cough. The team said later in the day that Darvish was feeling better and could work three innings as soon as Friday, possibly in a simulated game.

Jonathan Hernandez gave up two hits and a walk while striking out four over his three-inning start for Texas.

Freddy Peralta walked three and allowed three runs on two hits over 2 2/3 innings. Jesus Castillo worked two perfect innings of relief for Milwaukee in a 6-4 win over the Reds.