Evan Haferkorn of Iron Mountain-Kingsford-Norway 17 and under junior baseball team awaits a pitch. 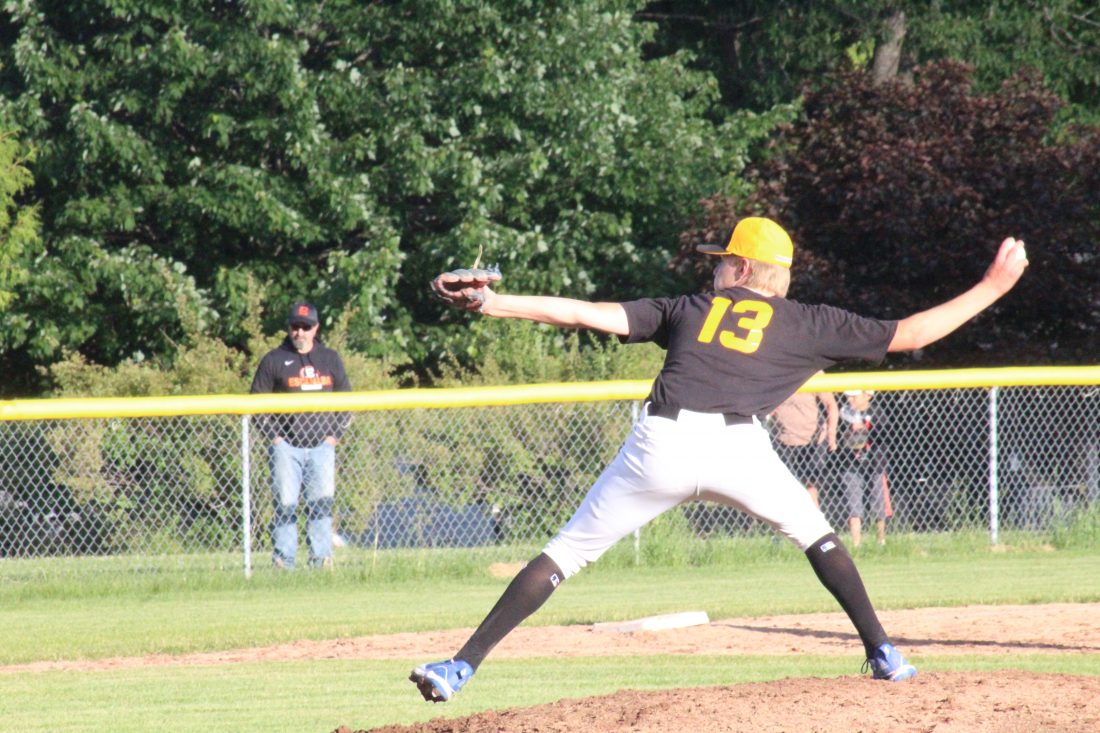 IRON MOUNTAIN — Behind strong pitching in both games and steady hitting throughout the evening, the Iron Mountain-Kingsford-Norway 17 and under junior baseball team swept a doubleheader from the Escanaba Cubs. IM-K-Norway took game one 7-2, while blanking Escanaba 10-0 in four innings in game two at LiUNA Field in Iron Mountain Tuesday night.

Henry McRoberts manned the pitchers mound for IM-K-Norway in game one, going the six-inning distance for a complete-game win. He hurled 77 pitches, giving up six hits fanning two hitters, while only surrendering one walk, which wasn’t until the final inning.

IM-K-Norway got out to a 2-0 lead in the home half of the first inning, behind RBI singles from Chase Carlson and Riley Juneau. In the bottom of the third inning, IM-K-Norway broke the game open with five runners crossing the plate to take a 7-0 lead.

Beau Krolavec, Juneau and McRoberts each had RBI singles in the five-run third inning for IM-K-Norway. The other two runs were produced by an Escanaba throwing error and a wild pitch. 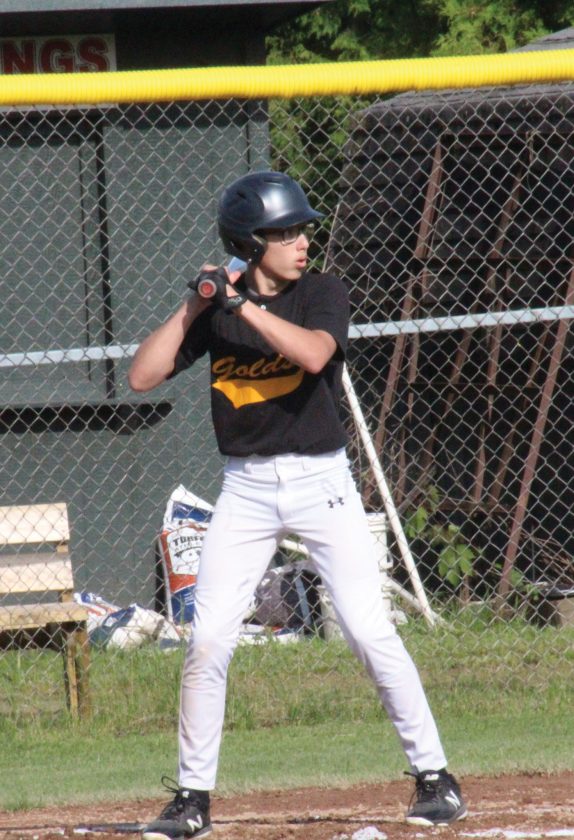 Evan Haferkorn of Iron Mountain-Kingsford-Norway 17 and under junior baseball team awaits a pitch.

In the top of the fifth inning, Escanaba plated their first two runs of the season, being Tuesday night was their first game action of the season. Trent Lawson with a sacrifice fly and Chase Coultier with a single were each credited with RBIs for the junior Cubs.

“Our team has a lot of work to do, but we’ll get there,” said Escanaba manager Tim Lueneburg. “With tonight being our first game action, it could of went worse, but we’ll improve.”

Lueneburg noted that Lawson is usually a solid hitter and a good pitcher, as did McLean, and tonight was no different. Lueneburg also noted that the two IM-K-Norway pitchers were solid as well.

Isaiah Anderson pitched for the home team in game two, only allowing one hit, with five strikeouts and surrendering two walks on 55 pitches in four innings of work.

“Our older players got the bat on the ball tonight, and we scored some runs. Isaiah (Anderson) pitched well in game two as well,” said McLean.

A host of pitchers towed the mound for Escanaba, including Lawson, Adam Willette and Jack McEvers.

In game two offensively for IM-K-Norway, Anderson, like McRoberts in game one, helped his own cause with an RBI single. Carlson with three hits and three RBIs, with Krolavec adding two RBIs and Evan Haferkorn with two hits including a double.

“Overall, we played pretty well, we had a couple of errors early in game one, but I am pleased with how played in both games,” McLean said.

Friday night IM-K-Norway travels to Marquette for a doubleheader, before returning home for another doubleheader at Niagara on Sunday afternoon.

On Monday evening, IM-K-Norway traveled to Gladstone for a scheduled doubleheader. Due to rain, only one game was able to be played and IM-K-Norway defeated Gladstone 18-3 in four innings. 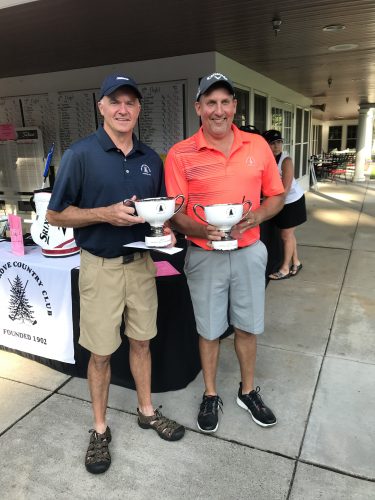