I am 88 years old and my son is 65, living in Iron Mountain. Monday, during early TV news, they blasted a flood warning for Menominee that was so loud and unexpected we jumped, and could have had heart attacks. The volume was three times normal, with no warning. Other loud storm warnings ...

The rescue of Batman

Dear Heloise: Of all the places in San Antonio to get an oil change, I happened to pull into the one that had found a tiny, black NEWBORN KITTEN that morning. He couldn't have been more than 2 or 3 days old. An abscess had formed on his neck, and I knew a feral mother cat would not waste her ... 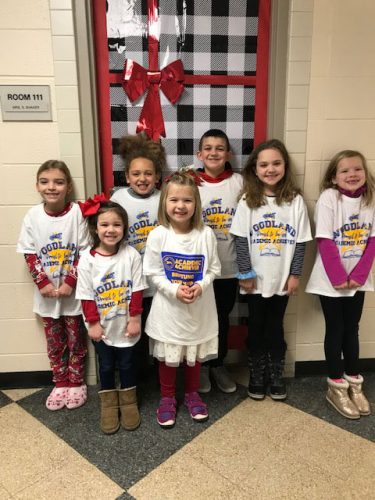 Woodland Elementary School’s Academic Achievers for the month of December have been announced. Students receiving this special recognition are in the front row from left, Chloe Wetsel and Lovetta Fredrickson; in back: Lilyanah Barker, Greenlee Neuens, Wyatt Jungles, Addison Zychowski, and ...

All I wanted for Christmas was my two front teeth — and I am not thrilled.

Where are the deer?

It seems the evidence is clear, with the Department of Natural Resources figures reported for this deer season, that the numbers of deer “harvested” are down. There are natural fluctuations in the deer population and other wildlife, too. With all the snow we have this early in the season, ... 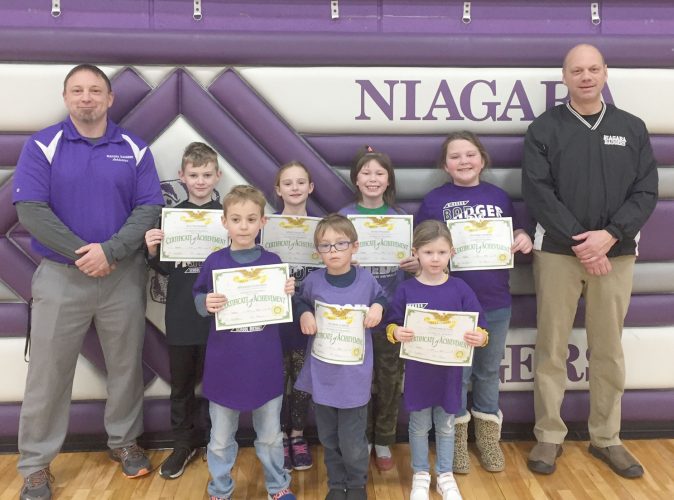 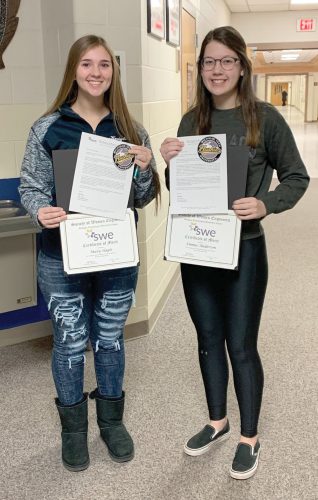 NORWAY — Norway High School senior Mary Slagle and junior Emma Anderson have been nominated by the high school math and science department as recipients of the Michigan Tech University Society of Women Engineers Certificate of Merit.  The purpose of this Certificate of Merit Program is to ...

Figured out why Trump is a ‘stable genius’

I think it was back in July when President Donald Trump, in a tweet, again called himself a “stable genius.” Well, I couldn’t understand what he meant. Then, just the other day, it came to me: He is the greatest ever at cleaning horse stalls. Keep on shoveling it, Donny. 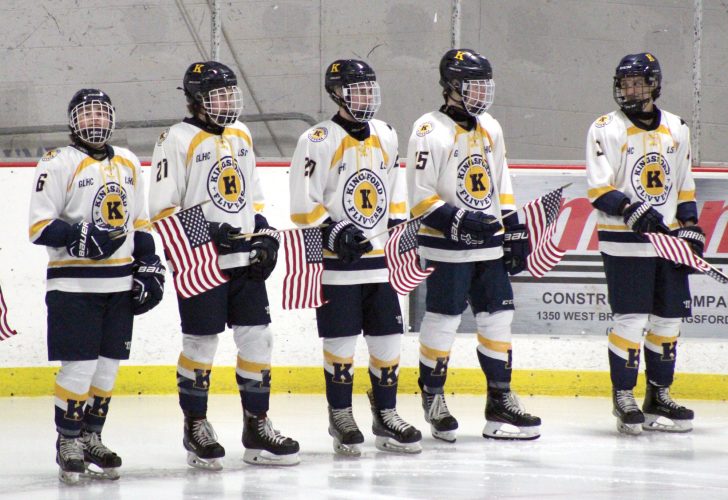 The Kingsford High School hockey team hosted a Veterans Appreciation Night on Tuesday evening for its game against Jeffers at Mountain View Ice Arena. All veterans were admitted for free and received a gift bag from Lake Shore Systems Inc. For more on the game, which Kingsford won, 3-0, see ...

Snow plow drivers need to show some respect as well

A few days ago, the Opinion page featured an editorial about respecting snow plow drivers. We do need to give them room to do their job. If we don’t, there could be more incidents like the Weather Channel showed this week. A stupid driver tried to pass a snow plow and ended up going off ...

Incumbents need to step up to earn vote

If an incumbent U.S. representative or senator wants me to vote for them in the November 2020 election, they must vote yes to do the following by the election date: — Term limits for congress members; — Universal health care; — Allow Medicare part D to lower drug cost; — Repeal ...

By JOAN JOUPPI For The Daily News KINGSFORD — As chairman Ben Determan opened the Golden K meeting, it became clear he had an agenda. Alyce Derwinski on piano, with Don Pedo directing at her side, the group got a few “oldies” in before the gavel hit the bell. Welcoming guests was ...

Switch out zebras in the NFL

The National Football League has become virtually unwatchable. Not because of national anthems, prima donna players or head injuries but because of the officiating. If you watched the Monday night Detroit-Green Bay game, last year’s NFC Championship game or pretty much any NFL game, ...

Why are public Halloween displays OK, Christmas not?

I am a Christian who is offended by all the ghoulish figurines and other hellish decorations put on display in public places, in recognition of the devil’s holiday. I find it obnoxious to walk past a towering symbol of evil to my groceries. I would like to see those hideous things ...

Prefers the gas prices in Wisconsin

We hear a lot about “shop local.” We also know there are some things you cannot get local, so you have to go out of the area. There are some medical reasons, for example, to go outside of the area. If you are going south of Green Bay, don’t fill your gas tank in Iron Mountain. ...

Governor Whitmer’s emergency decree banning Michigan adults from flavored e-cigarettes so children can’t vape — even though it’s already illegal for children — is a thinly disguised ploy. As the saying goes, “follow the money.” The pharmaceutical industry, one of the state’s ...

Need to take better care of the Earth

All of us should be ashamed of our lack of respect for Mother Earth. The polluting we’re doing has an impact on our health. As a member of Greenpeace, I encourage people: “Give a hoot, Don’t pollute.” Everyone have a blessed day!

Pharmaceutical money, not health threat, the reason for targeting vaping

To curtail a public health crisis, Wisconsin wants to ban soft drinks from anyone under 21. After all, they contain sugar, which is correlated with diabetes and obesity. Did I say soft drinks? That was incorrect. There’s not much money in soda bans — yet — so most politicians won’t ...

Guns not the problem

Almost everyone has been horrified by the recent surge of mass shootings; and many have urged the removal and/or restriction of private gun ownership as a solution. But that is not the solution, because the gun is not the problem. It is the person who owns and/or uses the gun against some ...