Not Safe After Dark And Other Stories 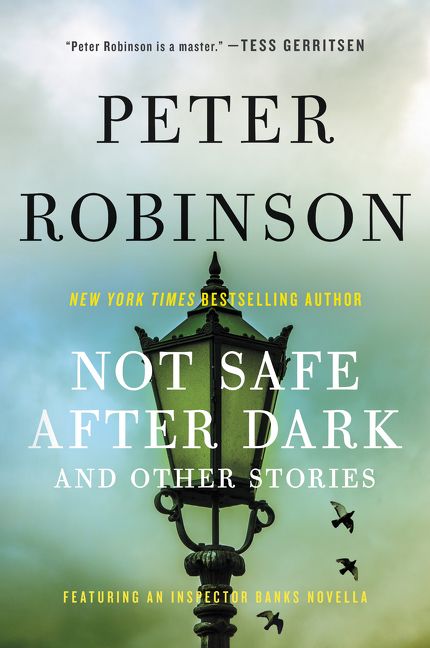 Peter Robinson, author of the Inspector Alan Banks mysteries, has penned a collection “Not Safe After Dark and Other Stories.”

In his Inspector Banks novella, “Going Back”, Banks goes home to celebrate his parents’ 50th anniversary.

In this touching story, Banks returns to his emotionally distant parents. The working class Banks were not exactly proud of their son’s career choice as a copper, but he earns their respect by saving the neighborhood from a cunning con man who has latched onto the elderly residents.

In “Summer Rain” an inquisitive Banks solves a cold case murder based on the memories of a psychic.

For a unique way to commit murder, the Inspector Banks story, “Anna Said,” takes the cake.

A walk in Central Park after dark turns a timid man into a horrible predator in the disturbing story “Not Safe After Dark.”

“Fan Mail,” a short story without Alan Banks, builds on the old Hitchcock theme of “Strangers on a Train” with a great flip on the notion of blackmail.

The very poignant “In Flanders Fields” tells how the devastation of the First World War leads to yet another horrible war — and murder.

Take heart short story readers, Peter Robinson has assembled a great basket of stories to keep the crime reader’s attention during these cold days of winter.