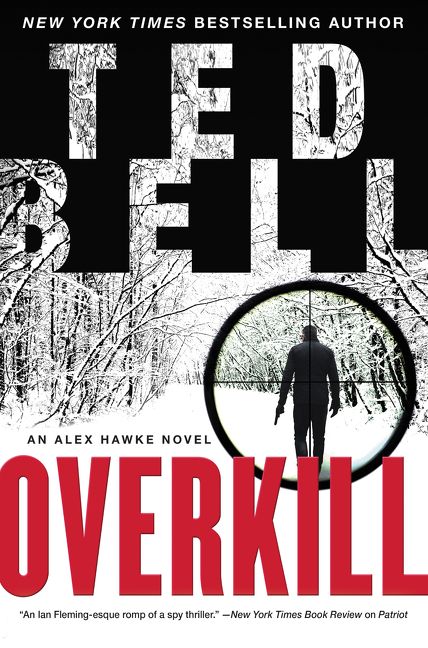 Vladimir Putin, fleeing the Russian oligarchs who have plotted his death, plans to regain power in a daring plot called “Overkill.”

The plan involves stealing much of the world’s gold which is stored by the global banker Switzerland.

As an insurance policy of sorts, Putin kidnaps Alex Hawke’s young son, Alexei, while father and son were enjoying a skiing vacation in the Swiss Alps which forces

Hawke into action as he tries to find his son.

The reader will be fascinated to learn that the seemingly pristine mountains of Switzerland hide a fortune in gold and the means to protect it, as a full array of

top notch military hardware, including aircraft, are nestled in these peaks.

The quaint little alpine villages house a highly-trained citizen-soldier army. While the Swiss are renown for their neutrality, they could be a most formidable foe should any nation be so foolish as to invade their homeland.

For those who miss the excitement of Ian Fleming’s suave special agent James Bond, they will find plenty of action in the dashing aristocrat and fighting man Alex Hawke.