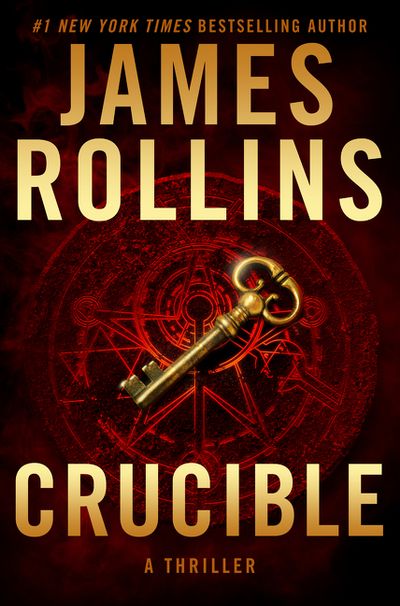 While the atomic bomb might be considered the ultimate doomsday machine, man’s insatiable quest for knowledge may generate a weapon as deadly, or even deadlier, than the bomb.

In this age of the computer, the search for the ultimate super intelligent computer, or artificial intelligence which will eclipse human reason and perhaps determine man himself to be superfluous and expendable, may yet prove to be the greatest threat to mankind.

Such is the theme of “Crucible,” the latest thriller by James Rollins. (William Morrow, 461 pages)

As Christmas approaches, Monk Kokkalis and his partner in the ultra secret Sigma Force, Commander Gray Pierce, are out for a few drinks. When they return to Gray’s home, they find Monk’s wife, Kat, brutally beaten and comatose.

Worse yet, the intruders have kidnapped Gray’s pregnant girlfriend, Seichan, and Monk’s two young daughters. The crime is the work of Valya Mikhailov, the archenemy of the Sigma Force.

But the reason behind Valya’s violence is a quest for a super computer being created in Portugal.

As the Sigma Force search for Seichan and the young girls, they encounter a fanatical religious sect who have roots dating back to the Spanish Inquisition. This group also has plans for the super computer, Xenese, or Genesis, a product of the young Gallician genius, Mara Silviera. The Sigma Force rush to stop this cult from using this device to destroy France and much of Europe.

James Rollins, who is by training a veterinary surgeon, adds an especially poignant quality in this high-tech thriller. When the programmer Mara tries to engender empathy in her creation, the artificial intelligent personality “Eve” — she introduces the perfect subject for eliciting sympathy and love — a young beagle puppy.

As with his previous novels, “Crucible” is a top notch “science fiction” thriller which will take the reader on a terrific and terrifying ride.

To sum up the perils of artificial intelligence, Rollins includes

this prescience remark of Elon Musk delivered at the 2014 MIT Aeronautics Department’s Centennial Symposium, to wit: “With artificial intelligence, we are summoning the devil.”