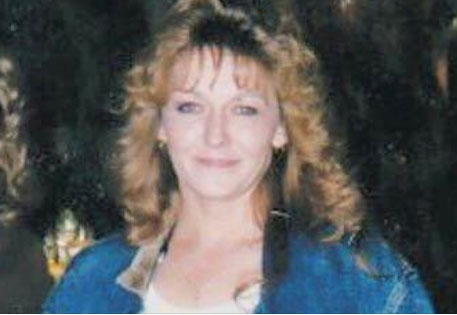 IRON MOUNTAIN — Twenty years ago today, a bartender was discovered stabbed to death inside Mayme’s Bar in Iron Mountain.

No arrest ever has been made in the murder of 34-year-old Lisa Mack. But that doesn’t mean the investigation ended — or that those involved with the case don’t have a suspect.

“It’s one of those things that never stops,” said Ed Mattson, Iron Mountain director of Police and Fire Services.

Mattson was a patrolman who worked the overnight shift until 8 a.m. that Saturday in 1999, only to be recalled hours later when Mack’s body was found.

While several individuals have been questioned in the investigation, Mattson said only one today remains a person of interest: Rallund Lee Ottlinger.

“All other suspects have been ruled out to the best of our ability,” Mattson said.

Now 50, Ottlinger is incarcerated in the Oshkosh Correctional Institution in Wisconsin for the rape of a Sheboygan woman in 2006. Ottlinger pleaded no contest to one count of second-degree sexual assault as a habitual criminal and one count of false imprisonment. He is not eligible for release until 2026, according to the Wisconsin Department of Corrections.

Ottlinger lived in Iron Mountain at the time of the murder. Mattson believes Mack knew him as a Mayme’s Bar patron.

Mattson estimated Ottlinger has not been out of prison more than six months in almost two decades.

When a person of interest has been sentenced for another offense, investigators have more time to review evidence and build their case.

“In any criminal case, you only get one bite at the apple,” Mattson said. “If you go to trial and lose, that’s it.”

So, “You want to get the biggest bite you can,” Mattson said.

As forensic technologies advance, evidence in the Mack case can be resubmitted for further analysis. And there’s no statute of limitations with respect to murder — if sufficient evidence is discovered, an individual may be charged at any time.

“One bite at the apple,” Mattson reminded.

“My family wants answers,” Maenpaa said, “but we need to do it right.”

Maenpaa was 13 when her mother was killed. The two had planned to make the rounds at Norway’s annual city-wide rummage sale the day Mack’s body was found.

“My mom was a thrifter,” Maenpaa said.

Maenpaa’s father broke the news to her after a phone call with authorities.

“My dad squeezed me and said, ‘Your mom died.’ I don’t remember much after that,” Maenpaa said.

At 33, Maenpaa is nearly as old as her mother would ever be — an observation that strikes her as strange, even more so when she thinks of her own daughters.

The grief Maenpaa carries is a burden no one should have to bear, Mattson said. He considers the person responsible for Mack’s murder a monster, a word he said he does not use lightly.

He might be retired by the time Mack’s killer is charged and convicted, but Mattson hopes for resolution nonetheless.

LANSING, Mich. (AP) — Gov. Gretchen Whitmer on Tuesday said people who leave their home for work or those who ...

SkyWest to be allowed deferred payments

IRON MOUNTAIN — Only 88 passengers boarded SkyWest Airlines flights at Ford Airport in April, but the airport ...

Houghton County had the lone new COVID-19 positive listed for the Upper Peninsula on Tuesday, according to state ...

IRON MOUNTAIN — Coronavirus restrictions are being eased at Iron Mountain’s parks, but some areas will remain ...

SkyWest to be allowed deferred payments